Playboy Mansion Parties Had So Many Drugs That A Poodle Got Addicted To Cocaine: Hugh Hefner’s Ex 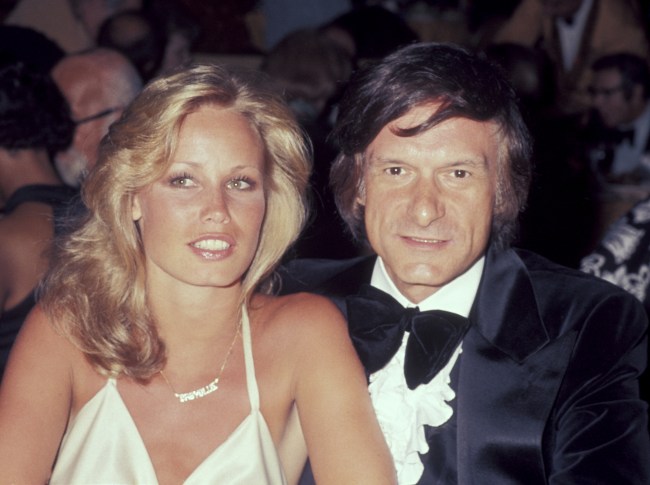 Parties at the Playboy mansion had so many drugs that a poodle got addicted to cocaine, according to the ex-girlfriend of Hugh Hefner.

“John Dante was Hef’s best friend. He had a dog Louis and this tiny poodle got hooked on cocaine,” the now-65-year-old Theodore said in the upcoming A&E docuseries Secrets of Playboy. “There were drugs everywhere. The dog could smell it from across the room. He had to lock that dog up when people were around.”

“The Playboy poodle coveted cocaine so badly that he licked the powdery residue off the faces of celebrity guests at Hef’s sordid soirees,” according to the New York Post.

“A very famous person walked into the house one night and that dog jumped off the couch and was licking her up the nose,” Theodore claimed.

Theodore claims that there was prevalent use of quaaludes at the Playboy mansion, noting that many models passed out if they took too much.

“It was such a seduction – and the men knew this – they could get girls to do just about anything they wanted if they gave them a quaalude,” Theodore said.

In the documentary, Lisa Loving Barrett – Hefner’s executive assistant from 1977 until 1989 – says that “cocaine was a big deal” and quaaludes were called “leg-spreaders.”

“I don’t know if I want to get that crude, but that was the whole point of them was,” Barrett said. “They were a necessary evil, if you will to the partying.”

She admitted that there were prescriptions for drugs placed in various peoples’ names to gain access to drugs for the parties to “feed the machine.”

The 10-part docuseries Secrets of Playboy debuts on A&E Network on Jan. 24