Sen. Patrick Leahy, Third In Line For POTUS, Has Cameoed In Batman Projects For 20 Years 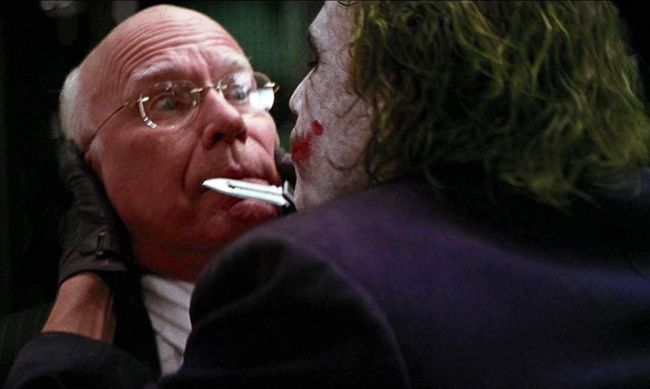 Did you hear there was an event in Washington D.C. this week? Little thing called Inauguration Day? Perhaps you’ve heard of it.

Anyway, we’re not here to dive into political discourse, as you can literally find that sort of content anywhere on the internet not named BroBible.com. Instead, I want to highlight the fact that — in addition to the swearing-in of President Biden and Vice President Harris — Vermont’s Senior Senator Patrick Leahy was sworn in as the President Pro Tempore of the United States Senate, therefore making him third in line for the Presidency should anything happen to Biden, Harris, and Speaker of the House Nancy Pelosi.

Leahy, 80, reassumed the top ceremonial role in the U.S. Senate at a time of heightened security concerns in the nation’s capital. He has been expecting a robust security detail, much to his dismay. In an interview, Leahy said people have been congratulating him on becoming pro tem. The senator said he has responded by saying, “Do you mean congratulations or condolences?”

Leahy, who held the position from 2012 to 2015, said that, if it were up to him, he wouldn’t have the added security that comes with the role. On the morning of Jan. 6, the day the U.S. Capitol was stormed by supporters of President Donald Trump, Leahy had told his wife, Marcelle, he didn’t need additional protection from the Capitol Police. [via VT Digger]

And you know what’s awesome about Senator Leahy? The dude is a HUGE Batman fan. Remember that guy who reminded Heath Ledger’s Joker of his father? That is Senator Leahy!

The Dark Knight isn’t the only Batman cameo that Senator Leahy has made throughout the years, as he’s also appeared in Batman: The Animated Series, 1997’s Batman & Robin, 2012’s The Dark Knight Rises, and 2016’s Batman v. Superman: Dawn of Justice.

Here are his cameos in:

It’s good to know that — if Leahy does ever find himself sitting behind the Resolute Desk in the Oval Office — he’s come face to face with pure evil and didn’t soil himself. That’s more than you can say for Michael Caine, who famously forgot his lines upon seeing Ledger’s Joker for the first time.