Ship Cruising Past A Beach Totally Destroys People With Its Waves, Drags Some Into The Water 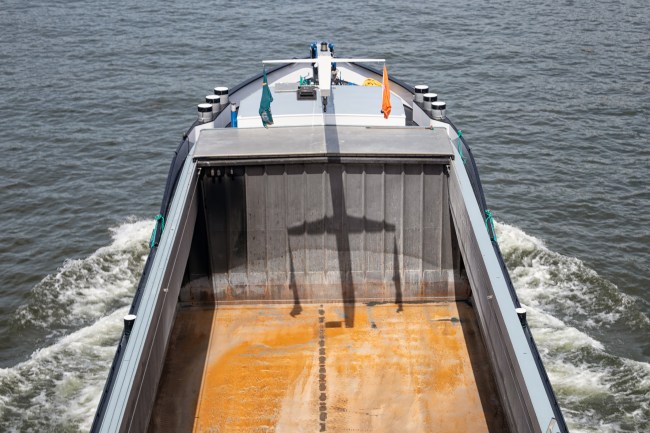 A shipping captain in The Netherlands is facing a legal complaint after (pretty much) all hell broke loose on the beach when a faux tidal waved caused by the 525-foot (160-meter) shipping vessel Bonny River took out a handful of people on the beach, including two children who were swept into the water.

According to DutchNews, the shipping channel passes very close to the beach in that area but there has been an order since 2011 stating that all captains must exercise ‘good seamanship.’ This incident happened during low tide at the Boulevard Bankert beach.

It’s reported that the vessel Bonny River passed by the beach at 13.5 knots on Sunday night while it was very clear that the other passing ship was completely pulled back on the throttles. This vessel should’ve been on slow bell but instead, it caused mayhem when a reported seven people were pulled into the water by this powerful low wave.

One of the things that’s most wild to me is there appears to have been someone flying a camera drone at the exact moment that all of this took place so there’s high-definition footage of the entire incident unfolding.

Here’s another user’s version of that video

If I’m one of those people standing in front of that dilapidated pier I’m probably shitting my pants at that moment. If that wave knocked you into those wooden pylons there’s a pretty easy chance of getting knocked out and in that scenario, you’re swept into the water and probably not making it back.

Here’s the report from DutchNews:

A directive by Rijkswaterstaat has been in force in the area since 2011, stating that ‘a captain must adjust the speed of his vessel as “good seamanship” to prevent dangerous tidal waves forming so that no danger tor recreational beach users arises.’

‘The shipping channel runs close to the beach, especially yesterday evening when it was low tide,’ a spokesman told Omroep Zeeland. ‘That’s why we have lodged a complaint against the captain of the ship.’

I’m not sure I’ve ever seen somewhere like this before where the shipping channel passes within swimming distance of the beach. I guess you see this in portions of the Mississippi River but it’s usually in areas that aren’t swimmable. Even in the Panama Canal’s Gatun Lake, the lake portion of the canal in the middle of the country, you wouldn’t find ships causing mayhem like this.

For more on this story, you can click here to read Dutch News (in English). (h/t reddit)