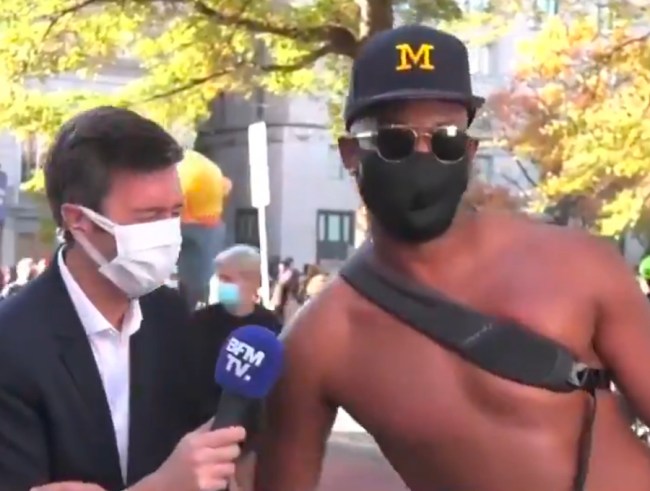 The celebrations for Joe Biden‘s 2020 presidential election raged on for most of the weekend and this shirtless guy who crashed a French news reporter covering the events.

A journalist for French outlet BFM TV was reporting on Biden’s win when the shirtless guy cuts into the shot to let the man – and the world – know he’s got a deep love for all things French.

“I’ve been to France, it’s beautiful,” he told the reporter from underneath his mask. “I ate escargot. I love a croissant! I love an omelette du fromage.”

Fans of “Dexter’s Laboratory” should be familiar with that omellette joke.

The French reporter is obviously laughing underneath his mask for the entire exchange, his body shaking and face – what little viewers can see – turning red.

The video has been liked by 77K people so far and viewed over 8 million times since Saturday.