Under-The-Radar Shows To Binge During Quarantine: ‘The Leftovers’ On HBO 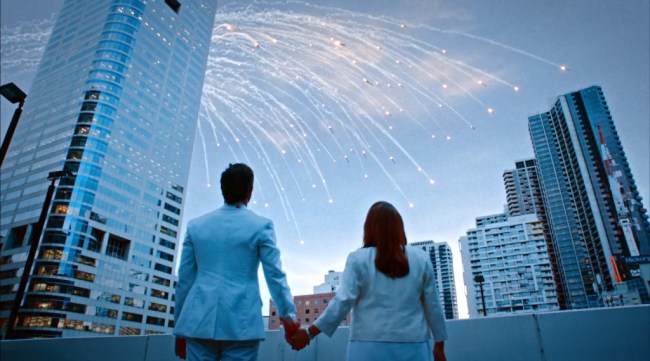 The Leftovers — which I consider to be the best television show I’ve ever seen —  is quickly fading both out of my memory and into obscurity, meaning that if I ever want to meaningfully write about it, it’s truly now or never.

When the Damon Lindelof-helmed The Leftovers began on June 29, 2014, I had been watching ‘prestige’ TV for a while, starting with, ironically, Lindelof’s LOST. But of all the shows I’ve seen throughout my life — from the juggernauts like LOST, Breaking Bad, and The Sopranos, to the little guys like Devs and Better Call Saul — The Leftovers provided the most wholly emotional experience of any television show, and frankly, any form of art I’ve ever seen.

That’s why we invest in art: emotion.

Breaking Bad’s inherent success didn’t stem from its taut storytelling, but because you cared about, rooted for, and then eventually despised Walter White. People didn’t adore The Sopranos because of the accurate depiction of tri-state area mob culture — they loved it because, deep down, they were always rooting for Tony to get away. David Chase cutting to black was so impactful not because people needed to know what happened, but because they wanted Tony to live.

Sure, a plot twist here or a well-written soliloquy there provides the necessary excitement and edge-of-your-seat entertainment that all great shows require, but if you don’t love the characters and the world, what’s the point? When it comes to The Leftovers, we’re talking about a show that ended every single one of its seasons on the mere facial expression of a character. And you don’t get away with that because you’ve been fooling the audience with timeline twists or blowing them away with witty Sorkin-esque dialogue. You get there because you’ve created characters that the audience genuinely loves, and to me, that’s the point of the medium that is television. 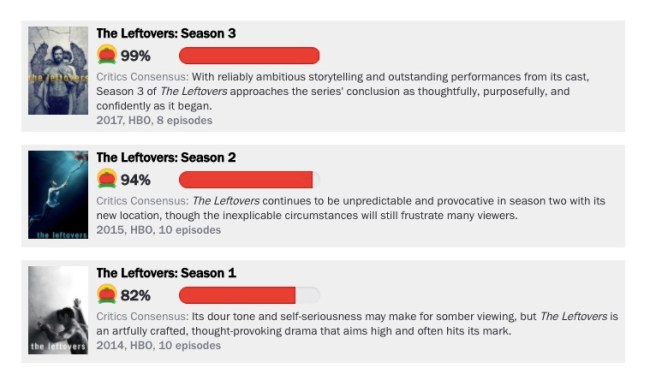 So why write this now, years after the show’s finale, as it sits on the verge of slipping into the abyss of television past? Simple — because even without award show success, The Leftovers is far and away one of the greatest television series I’ve ever had the privilege of viewing. And what better time to delve balls deep into a series about the pseudo-end-of-the-world?

I’m normally not one who puts too much weight on award shows. Men like Will Smith and Ed Norton have never won Oscar gold, yet anyone who knows anything about the industry will agree they’re two of the greatest actors of their generation. Pulp Fiction & The Shawshank Redemption didn’t win Best Picture, yet are widely regarded as two of the greatest Ameican films ever made.

My point is that award show success is just as much about luck and circumstance as it is about quality and craftsmanship. Any other year, a movie like Pulp Fiction or Shawshank would be a shoo-in for Oscar gold, they only just so happen to run into Forrest Gump. Some of the greatest NBA players of all time — Barkley, Stockton, Malone, Ewing, Mullin, Wilkins — never won a ring because they just so happen to be playing in the Michael Jordan Era, not because they weren’t special.

And so it was– The Leftovers drifted into the TV afterlife without any award recognition and will exist solely as a blip on the pop-cultural radar. That doesn’t mean it wasn’t one of the greatest shows ever made.