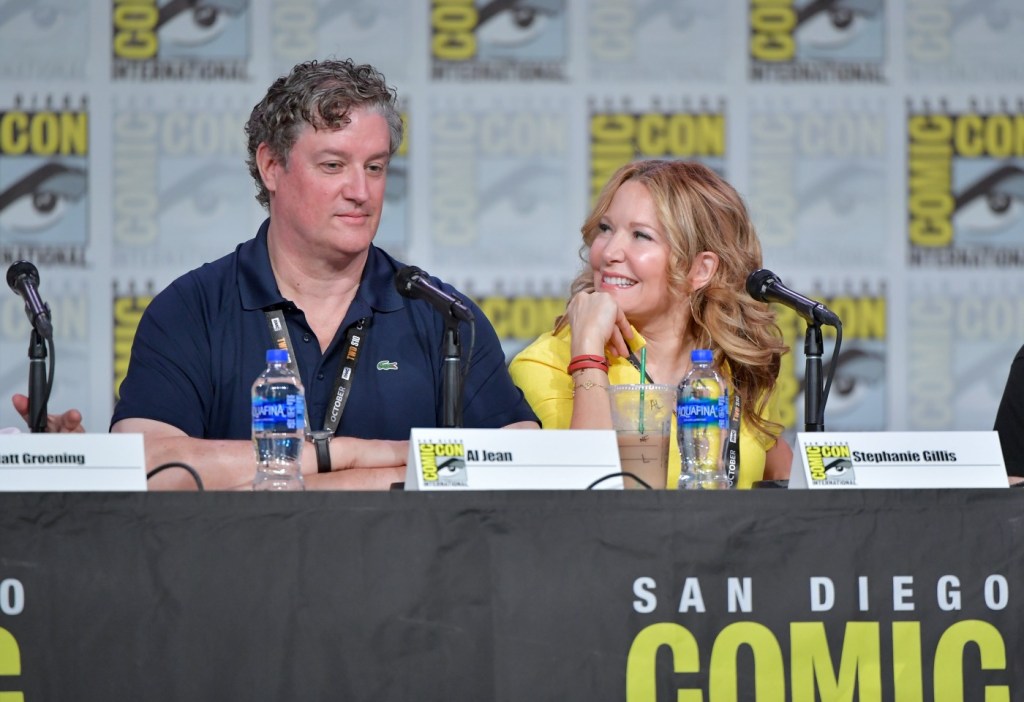 The Simpsons has been on TV for so long I genuinely don’t remember my life before the show because I was too young to have developed long-term memory. I haven’t really kept up with the show in recent years but when I was a kid it was must-see TV every single Sunday.

These days I don’t watch the show much but I pay attention when I see it in the news and it seems like the show is in the news several times a year for making outrageous predictions.

The Simpsons famously predicted Donald Trump being elected President. It predicted Lady Gaga performing the Super Bowl half-time show and even nailed her outfit. They guessed the 2016 Nobel Prize winner (in 2010). The show predicted the 2003 Siegfried and Roy tiger attack all the way back in 1993. And the show predicted the 9/11 terrorist attacks.

Executive Producer Al Jean has been with The Simpsons since the show was created and has producer credits on 685 episodes dating back to 1990. Speaking recently with NME, Al Jean discussed why The Simpsons has been able to accurately predict so many events over the decades.

“One of our writers, the guy whose episode predicted Donald Trump as president, said it best: ‘If you write 700 episodes, and you don’t predict anything, then you’re pretty bad. If you throw enough darts, you’re going to get some bullseyes…’” (via NME)

It makes perfect sense. If you make a thousand guesses then one of them is bound to be in the vicinity of correct. Do that over the course of several decades and the stars will align. But that didn’t address the peculiar 9/11 prediction.

Here’s what Al Jean had to say about that one:

“The 9/11 one is so bizarre,” says Jean. “In the World Trade Center episode, [‘The City of New York vs. Homer Simpson’], there was a brochure reading $9 a day with an 11 styled up like the towers. That was in ’96, which was crazy, like this insane coincidence. But mostly it’s just educated guesses. Stanley Kubrick made the movie 2001: A Space Odyssey in 1968 and there’s Zoom and iPads in it – but that’s because he had futurologists helping him construct what the world might look like in 30 years time.” (via NME)

Here’s that bizarre episode and moment in The Simpsons if you’ve never seen it before:

As weird as that was, it wasn’t nearly as strange as the X-Files spin-off show legitimately predicting 9/11 about 6 months before it happened. That was creepy and a disturbing “coincidence.”