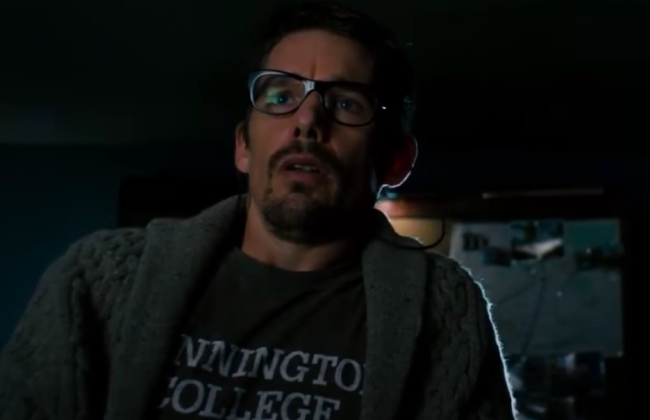 Over the weekend, I randomly found myself devoting almost 30 minutes of my life to an interview with iconic director John Carpenter that was recorded when he returned to filmmaking after stepping away from Hollywood for almost a decade following 2001’s Ghosts of Mars, which wasn’t exactly as well-received as Halloween, The Thing, and the other films that cemented him as a legend in the early stage of his career.

Most of Carpenter’s films are defined by a signature campiness, and while he hasn’t focused exclusively on horror, there’s no genre he’s managed to leave a more indelible impact on. During the chat, he shed some interesting light on the state of the industry at a time when it was largely defined by gore-centric films after countless people tried to mimic the success of the likes of Saw and Hostel, and when asked about how he viewed the current landscape, he replied, “Horror gets reinvented for every new generation. I don’t really think it’s in trouble. It’s evolving.”

He may not have known it at the time, but the arrival of a new generation of horror had arguably already arrived the previous year with the release of James Wan’s Insidious, which marked the beginning of an incredible decade for the genre. The 2010s were also home to Wan’s The Conjuring (and the increasingly underwhelming sequels and spinoffs its success naturally spawned) and heralded the arrival of a new vanguard of burgeoning horror masters like Jordan Peele and Ari Aster who managed to inject some new life into the game.

Horror is one of the more subjective subcategories the film world has to offer, so while it’s hard for me to name the “best” scary movie I’ve ever seen, 2012’s Sinister is easily one of the most unnerving ones I’ve ever come across. The film features Ethan Hawke in the role of a true-crime writer who makes the brilliant decision to move into a house where a family was murdered before coming across a box of home movies that captured not only their deaths but the killings of a few others he soon discovers are connected by a paranormal diety called Bughuul.

Again, horror is hard to evaluate objectively, but according to the results of a study that was recently unveiled by Broadband Choices, there’s no scarier movie in existence than Sinister based on the scientific approach they harnessed in an attempt to award one film with that crown.

Now, it’s worth noting this wasn’t exactly the most exhaustive experiment ever conducted, as it only involved 50 people having their heart rates monitored while watching 50 horror movies that were selected based on their ratings on the likes of IMDb and Rotten Tomatoes. The researchers first calculated each person’s resting pulse before examining their average heart rate over the course of everything they watched, and in the end, Sinister kept the blood pumping 32% more consistently than any others.

The study also took a look at the biggest spike due to the jump scares horror movies have long relied on and Insidious managed to win the prize for the single most terrifying moment (they didn’t specify what it was but anyone who’s seen it is probably very familiar with the scene that caused it).

As I said, this might not be the most definitive study ever conducted but it’s good to see Sinister get the props it truly deserves.