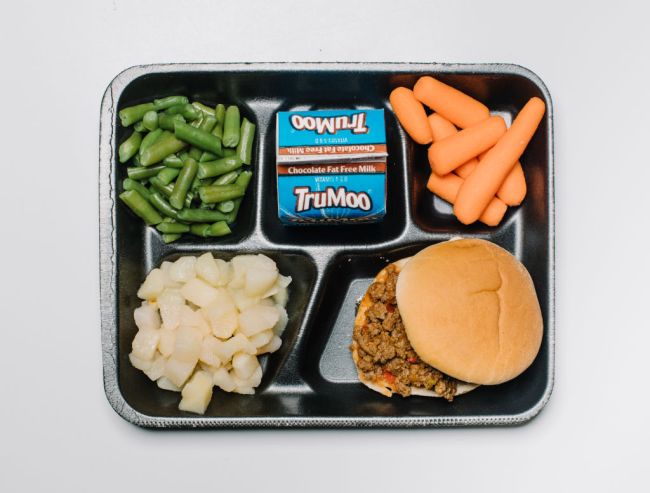 For 49 of the 50 states and 194 other countries worldwide, a ‘sloppy joe’ is a sandwich that consists of ground meat, onions, tomato sauce or ketchup and Worcestershire sauce, served on a hamburger bun. It’s a dish that originated in the United States in the early 1900s as a cost-effective meal that tastes pretty good. The sandwich is frequently served in school cafeterias, summer camps, etc. because of how easy it is to make in bulk, and there are many variations around the country. Some recipes call for carrots and celery, others use pulled or shredded meats, and the hamburger bun is often substituted out.

No matter what ingredients or bread is used, a sloppy joe is a sloppy joe. Unless you’re in New Jersey.

On Friday afternoon, Eli Manning posted a photo on twitter of himself eating what he called a sloppy joe at his paddle tennis tournament.

I am thinking about becoming a professional Sloppy Joe taster. Thanks to Town Hall Deli for sending some Sloppy Joe’s over the paddle tournament tonight. Very good. pic.twitter.com/tqsp5956x0

The sandwich in question, of course, is not a hamburger bun and has no semblance of ground meat. Apparently, in the northern half of New Jersey, an unrelated sandwich that is also called a sloppy joe is made with a combination of deli meat, coleslaw, Russian dressing and Swiss cheese on rye bread.

For all intents and purposes, it’s closer to a reuben that in it is a sloppy joe. Manning saw the pushback about his sandwich of choice, but he didn’t care and doubled down on Sunday.

I am not sure if it is because I am superstitious or just really like New Jersey’s version of the Sloppy Joe but I am trying out Towne Deli’s version today. Very tasty. Go G-Men. pic.twitter.com/LC0Com16zt

It looks like this is going to be a reoccurring thing, and New Jersey is going to continue to New Jersey. Manning looks like he is loving retirement and he deserves to enjoy every minute, but what he is eating is not a sloppy joe.