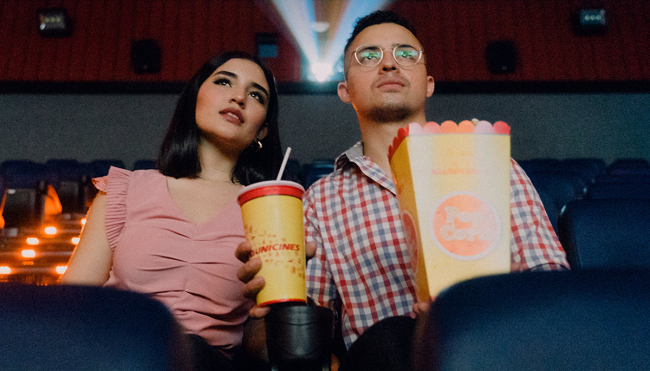 Over the past few years, Hollywood has put a particular emphasis on drumming up hype for movie trailers with the help of carefully orchestrated marketing campaigns that require fans to stumble upon hidden easter eggs, embark on an online scavenger hunt, or sit through a teaser that ultimately teases another teaser before finally being treated to the real thing.

If you’ve been paying attention to industry trends, you know that there’s one square on the Movie Trailer Bingo Card that essentially serves as a “FREE” space based on its virtually unavoidable ubiquity: A Melodramatic Cover Of A Hit Song Playing In The Background.

A couple of years ago, The New Yorker published an article that traced the origins of this plague back to its Patient Zero, and we can apparently thank the slowed-down cover of Radiohead’s “Creep” that accompanied the trailer for The Social Network for opening the floodgates.

In the ensuing decade, we were treated to dozens of copycats, with Beyoncé getting the Sad Cover Treatment on at least two occasions and the Ghostbusters reboot doing the same to the iconic theme song.

Earlier this week, Variety provided some insight into the psychology behind this particular craze with the help of some Hollywood insiders who shed some light on the reason it’s all the rage. According to musical supervisor Jonathan McHugh, the decision to retool popular songs can be accredited to what he dubbed the “old-comfortable-shoe phenomenon,” saying, “You give people something familiar, and all of a sudden they’re more engaged in the content and predisposed to enjoy what they’re watching because they love the song.”

If you distill that explanation into its purest form, it seems like we can really point the finger at the nostalgia dragon the internet simply refuses to stop chasing, and until that changes, it’s hard to believe Hollywood will have any reason to rethink its approach to movie trailers any time soon.