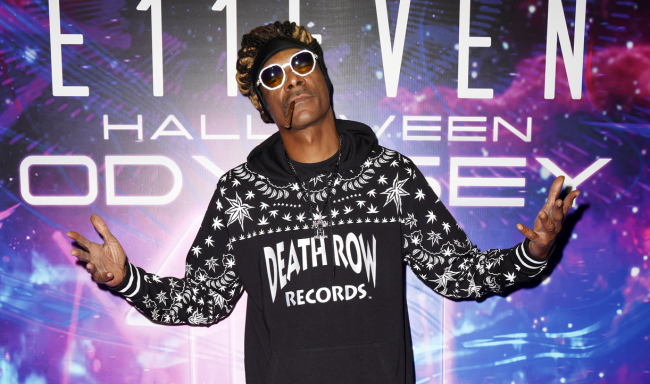 Twitter was set on fire on Wednesday with hundreds upon hundreds of comments talking about the news that Snoop Dogg is finally getting his own biopic.

“I waited a long time to put this project together because I wanted to choose the right director, the perfect writer, and the greatest movie company I could partner with that could understand the legacy that I’m trying to portray on screen, and the memory I’m trying to leave behind,” Snoop Dogg told Deadline. “It was the perfect marriage. It was holy matrimony, not holy macaroni.”

Not only will this be the first definitive biopic of Snoop Dogg, it will also be the first film from Snoop’s newly formed production company, Death Row Pictures.

“Snoop Dogg’s life and legacy make him one of the most exciting and influential icons in popular culture. We met with Snoop shortly after he acquired Death Row Records and had the opportunity to hear his story in his own words. We are humbled to be able to create the lasting document of this singular artist,” said Universal Filmed Entertainment Group chairman Donna Langley.

Universal, which was also behind Straight Outta Compton, is also developing biopics for Madonna and Cher with the artists’ collaboration.

so what is it going to be about? will there be aliens and multi dimensional travels with good music and dope weed?

“Bring Lakeith Stanfield back to play Snoop!! He crushed that role in Straight Outta Compton!!” tweeted one fan, echoing many.

Given the story of his life, this should be pretty interesting https://t.co/e1mxbruccx

“Can’t wait for the Steelbook Edition with some weed in it,” joked another fan.

Gonna need a whole ass trilogy for this one

“Should’ve been Eminem or no one,” someone else suggested.