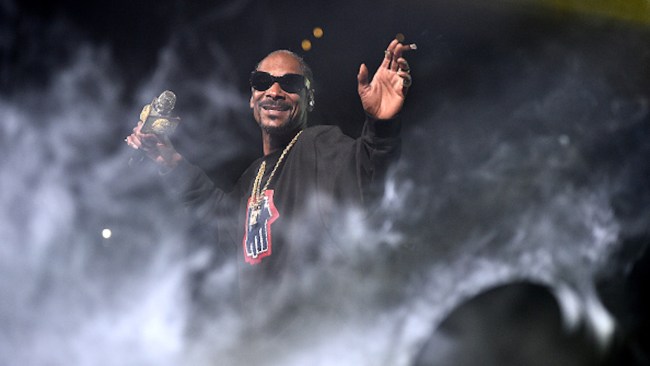 That’s it, folks. We can shut up shop because the equal pay debate has been permanently and perfectly settled by none other than Snoop Dogg (aka DJ Snoopadelic, aka Snoopzilla, aka Snoop Lion).

Not only is the iconic West Coast rapper apparently a women’s soccer fan, but he has some stone cold thoughts on the ongoing equal pay lawsuit that rages on between the United State’s Women’s National Team and the United States Soccer Federation.

Taking to Instagram as he so often does, The Doggfather shared his view of the women’s uphill battle for equal pay and reiterated how utterly ridiculous it is that the “sorry ass fucking men” would get paid more than five-time more than the women if they won the World Cup (which, as Snoop Doggy Dogg so aptly points out, “ain’t gone ever” happen).

And for those of you at work who can’t necessarily listen to Snoop Dogg dropping F-bombs in the middle of the day, I took the honor of transcribing his glorious soliloquy for you.

“Food for thought: shout out to the USA Women’s soccer team for their fourth World Cup. But what I wanna talk about is they’re only getting $90,000 per player, but the men, if they won it, they get $500,000 per player.

The sorry ass fucking men from the US soccer team ain’t ever won shit, ain’t gone ever win shit, can’t even get out the fucking first round — man, pay them ladies, man! Pay them girls what they worth.

As for the USWNT’s ongoing struggle to obtain equal pay, the USSF’s continued refusal to do so has become outright infuriating.

The long-standing excuse that “women’s soccer isn’t as successful” is essentially on life support, as Nike recently announced the women’s jersey “is now the number one soccer jersey, men’s or women’s, ever sold on Nike.com in one season.”

Furthermore, the Washington Post reports that “from fiscal 2016 to 2018, the women’s games generated about $900,000 more revenue than the men’s games.”

Given their higher jersey sales and larger attendance numbers, it’s clear that there is currently a bigger appetite amongst American fans for the women’s team than the men’s team.

Hopefully, with a second successive World Cup title under their belts, the USWNT will have the leverage they need to finally get what they’ve long deserved: equal pay.