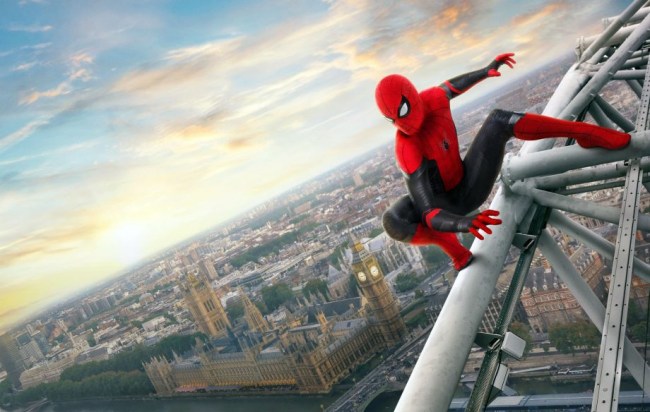 First, fair warning: if you’ve been trying to keep a glass-half-full approach to this whole “Spider-Man leaving the MCU” thing, desperately holding out hope that maybe Sony can handle the character on their own after all, I advise you to promptly turn away, because the following article is going to evaporate any goodwill you’ve allotted to the studio best known for being hacked by North Korea.

Following the announcement that Tom Holland’s version of Spider-Man would be exiting the Marvel Cinematic Universe due to Disney’s and Sony’s inability to strike up a new deal, Sony has been in crisis-control mode, as essentially all of the diehard comic book fans on the internet have already turned their back on the middling movie studio.

And, unfortunately for those who have been feverishly trying to give Sony the benefit of the doubt, it appears that the studio has learned absolutely nothing from their previous Spidey-related failures, as recent quotes from Sony Pictures chairman and CEO Tony Vinciquerra prove that they are still clueless when it comes Marvel’s most popular character.

In a recent interview with Variety, not only did Vinciquerra try to shift the blame onto Marvel Studios president Kevin Feige by saying he was “stretched incredibly thin”, but he also made the laughable claim that Spider-Man was “fine before the event movies.”

“We had a great run with (Feige) on Spider-Man movies. We tried to see if there’s a way to work it out….the Marvel people are terrific people, we have great respect for them, but on the other hand we have some pretty terrific people of our own. Kevin didn’t do all the work,” Vinciquerra said.

While I’m not sure what planet Vinciquerra is living on, on the planet I come from — you know, Earth — the last three live-action Sony-produced Spider-Man movies have all been wildly average: Spider-Man 3, The Amazing Spider-Man, and The Amazing Spider-Man 2. Not to mention Venom, which was also — that’s right, you guessed it! — extremely average (and also seemed like it was made in the year 2007).

Sure, Spider-Man: Into the Spiderverse was a pleasant surprise, but when it comes to decent live-action Spidey flicks, Sony literally hasn’t made a decent one in 15 years.

At this point, all we can do is hold out hope that Sony eventually succumbs to the mighty wrath of the Mouse House, because if they maintain control of the friendly neighborhood Spider-Man, it may be another 15 years until we get another decent movie.