‘South Park’ Creators Ink New Deal That Makes Company Worth Over $1B: 6 More Seasons, 14 Movies On The Way 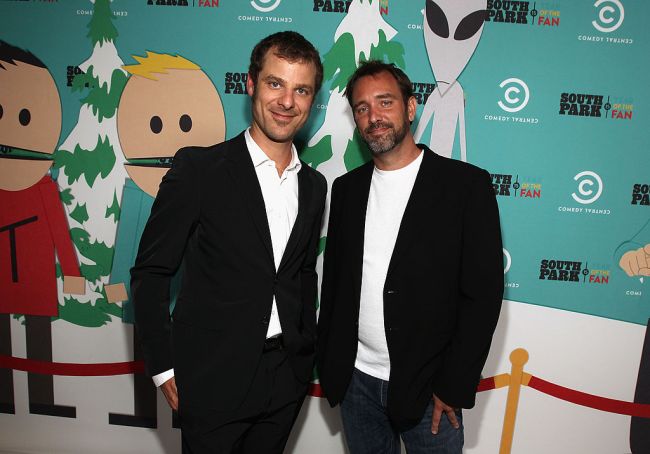 South Park has, more or less, been on my entire life. I’m 28-years-old these days — South Park premiered when I was just four-years-old back in 1997. Truth be told, I don’t even start to remember life until, like 1999, (when all the adults were freaking out about Y2K — give that one a Google, Gen Z). So, from the entire time that I’ve been a conscious member of Planet Earth, South Park has been a part of it. And man, what a part it’s been. Some of my fondest memories from middle school/high school are sitting around the lunch table with the boys and recapping the latest episode from the night before. What I always found odd about South Park is that I always found it funnier when discussing it with my friends as opposed to *actually watching* the episodes. Camaraderie and whatnot, I suppose.

And while South Park has now been around for close to a quarter-century, it certainly won’t be going anywhere anytime soon, as famed series creators Trey Parker and Matt Stone just signed a massive $900 million deal with ViacomCBS. This deal, along with their hit Broadway show Book of Mormon, has put their company’s value at over $1 billion. It’s one of the richest talent deals in television history.

As per the deal, another SIX seasons of South Parks are in the works, with the duo also committing to making 14 (!) movies for Paramount+. According to the report from Bloomberg, the deal effectively turns South Park into a cinematic universe, as “the coming Paramount+ movies will expand on the existing world of “South Park” and introduce new concepts and characters.”

RELATED: Ranking The 50 Best ‘South Park’ Episodes Of All Time

“We did a ‘South Park’ movie in 1999, and we’ve never done another one because the show has been so satisfying. Now we’re older, and the idea of what streaming movies can be is pretty promising,” Stone told Bloomberg.

At this time, while South Park is currently streaming on HBO Max, Paramount will look to bring the whole series to their service in the coming years.