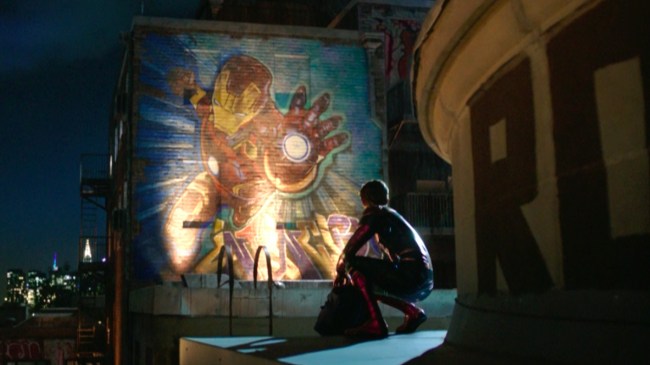 One of the biggest (personal!) bummers of our current global situation — OUTSIDE OF THE OBVIOUS AND VERY REAL CONSEQUENCES, GROW UP — has been the massive shift in the upcoming Hollywood schedule.

Somewhere, in an alternate timeline, we’ve said goodbye to Daniel Craig’s James Bond in No Time To Die and Scarlett Johansson’s Natasha Romanoff in Black Widow. A Quiet Place Part II should have come out in March, with Fast and Furious 9 set to be released next weekend.

Obviously, that’s not the case in our corner of the multiverse, as all of the above movies — and dozens more — have been delayed in some way, shape, or form.

Take the delay of Black Widow — the 24th film in the Marvel Cinematic Universe and the first in the MCU’s “Phase 4” — for example: not only has the film-itself been delayed, but so has the franchise as a whole, as all of Marvel’s upcoming movies have been bumped back a couple of months.

As a result, Spider-Man: Far From Home remains the most recent MCU flick and thus is probably one of the most discussed, which has led to realizations that the film’s story actually created a massive plot-hole in Avengers: Endgame.

Thanos bests Iron Man, Thor, and Captain America in a three-on-one battle, and then calls on his Black Order and huge army of outriders to finish the job. Of course, all of the dusted Avengers soon return in the epic portals moment and the rest is history.

However, the battle would have surely been in their favor long before that if Iron Man had just called on the help of the Stark Industries combat drones?

Tony had already put the plan in motion for Peter to receive the EDITH glasses after his death, which happens in the very same battle, so the drones are already up in the Stark Industries Satellite at the time of Endgame’s climactic battle.

There’s a possibility that the drones weren’t operational yet at the time of Endgame (Tony didn’t know he was going to die, after all), but it seems unlikely they’d be up in space if they weren’t working. We’re not technological geniuses though, so perhaps he had his reasons.

Now, sure, the drones might not have been a match for Thanos given that they don’t pose too much of a threat to Spider-Man in Far From Home. Spidey manages to even trick them into destroying each other at various points. [via Digital Spy]

Given that Spider-Man: Far From Home takes place immediately following the events of Avengers: Endgame, the theory certainly holds weight, as Tony Stark would have certainly already begun developing the massive army of EDITH drones.

The Marvel Cinematic Universe will resume and kick off its Phase 4 when Black Widow hits movie theaters in the United States on November 6. Black Widow will then be followed by The Eternals, which hits theaters on February 12, 2021.