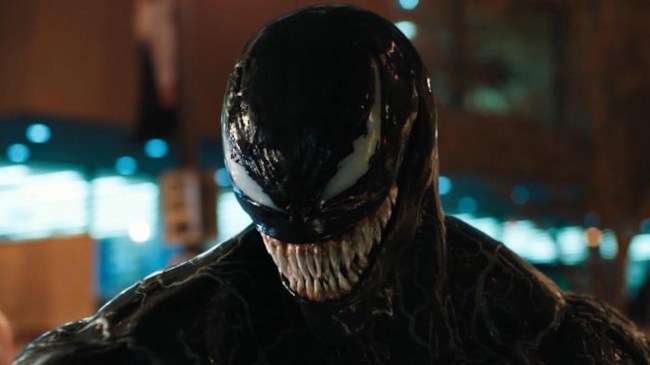 Earlier this year (wait, shit, that was last year). Back in the summer of 2019 (!), comic book fans across the globe were sent into a collective panic when it was announced that Spider-Man would no longer appear in Marvel Cinematic Universe films due to a dispute between Disney and Sony over rights to the character.

Luckily for all of us, the two powerhouse studios we able to put their differences aside to iron out a deal to keep Spider-Man in the MCU while also, eventually, introducing him into Sony’s “Venonverse”, or whatever the hell they’re calling it.

With Venom 2 set to hit theaters later this year, the immediate question on fans’ minds is whether or not we’ll see said MCU Spidey in the film. And if Sony’s recent comments — or lack thereof — on the matter are indication, it certainly seems that way, as they went with the ole’ “no comment” line when asked about it.

After rumors began to circulate recently that Tom Holland is “in talks” to appear in Venom 2, website Discussing Film reached out to Sony about the matter. What they got back was a “no comment” response from the studio – which is not quite the nothing-burger some may think it is.

“Just a tiny update regarding the Tom Holland/Spider – Venom 2 news. Before the holidays, asked Sony reps on if they had a comment on the story, just got a response today which was they have no comment for now… Make of this as you will but in my experience, it typically means the story as it stands is likely true,” the tweet read.

While this may seem like a lot of reading into nothing, there is sound logic behind what is being said above. Traditional movie studio practice is to knock down Internet rumors that are completely unfounded and how no hope of being true, while more sensitive or fluid matters get the “no comment” treatment. That’s not to say Sony is keeping a secret about Holland’s cameo; it just means that rumors of talks about Spider-Man appearing in Venom 2 now have more validity. [via ComicBook]

Make of this as you will but in my experience, it typically means the story as it stands is likely true.

Given that Sony didn’t outright reject the idea of the friendly neighborhood Spider-Man appearing in the sequel to Venom, that means it’s more than likely that Tom Holland’s Spidey pops up in a post-credit scene or something.