The First Reviews For ‘Spider-Man: Far From Home’ Are In 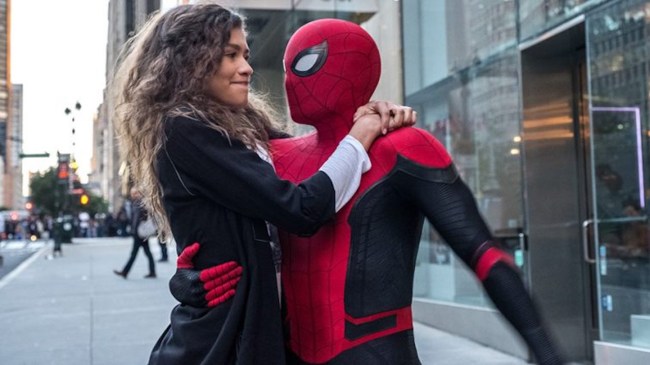 Fans of the Marvel Cinematic Universe haven’t had to wait long to see the state of their favorite movie franchise following the events of Avengers: Endgame, as the release of Spider-Man: Far From Home — the sequel to 2017’s Spider-Man: Homecoming — is already upon us.

And if the early Twitter reviews are any indication, the second chapter in Marvel Studios Spidey saga — the 23rd film in the MCU thus far — is yet another worthy addition to the iconic series.

Despite the release of Spider-Man: Far From Home still being about two weeks away, the social media embargo on the film was lifted last night, leading to a flood of overwhelmingly positive tweets about the film.

#SpiderMan #FarFromHome is an absolute home run. It’s SO much fun. It’s huge in itself and for the future of the MCU in the most surprising ways. Tom Holland, Jake Gyllenhaal, just a lethal, awesome combo!!

I cannot wait to see this movie again. And again. pic.twitter.com/0hYJvKkdjN

Mike Ryan over at Uproxx said that he “absolutely loved” the “clever” and “funny” film:

And obviously with Mysterio involved, there are some pretty bizarre scenes. Honestly I always kind of assumed a Mysterio movie wasn’t really possible, but Jon Watts and company pulled it off.

Spider-Man: Far From Home sees the introduction of Jake Gyllenhaal as iconic Spidey adversary Quentin Beck / Mysterio, who apparently nailed his portrayal of the mind-bending supervillain (although Disney is doing their darndest to convince everyone he’s actually a good guy in this one).

Steven Weintraub, the Editor-in-Chief over at Collider, says that Gyllenhall is “fantastic”, while Kevin McCarthy called Gyllenhaal’s performance “incredible”.

Those glowing reviews match that of Maude Garrett’s, who said that “Gyllenhaal suits up & completely embraces his role in its entirety.”

#Spiderman #FarFromHome is SUCH a good movie! Jake Gyllenhaal suits up & completely embraces his role in its entirety & he’s clearly having a blast. This is such a refreshing film after the heaviness of #EndGame. The post-credit scenes are a MUST WATCH & will blow your dang mind! pic.twitter.com/wcTh9iHaYq

Overall, the reviews for Spider-Man: Far From Home are almost universally positive, as critics are praising the movie as the perfect pallet cleanser following the heaviness of Avengers: Endgame.

Similarly, almost all of the reviews suggest that this movie is just one of those “have to see it twice” flicks.

#SpiderManFarFromHome is the coda we needed after Endgame, a glimpse of how the world looks now that the dust has settled. Could maybe have gone a bit harder on P's emotional arc, but bursting with warmth and humor and awkward teen romance. 💕 Also: Jake G = perfect casting.

#SpiderManFarFromHome is funny, exciting, romantic, goofy & follows HOMECOMING in being this brilliant ground-level look at Spidey's world & how the events of #AvengersEndgame impacted everyday life. Lots of twists & turns, plus some adorable summer romances, too. I'm a big fan pic.twitter.com/NUX0f8YFM0

#FarFromHome is by far my favorite #spiderman movie. Warning, you’ll have to watch at least twice. @SpiderManMovie pic.twitter.com/Rmuod07ytF

Spider-Man: Far From Home made me smile from start to finish. Its got huge reveals and exciting set pieces but the way it builds off Endgame to to dive deeper into Peter’s emotions is really what make it soar. Mysterio also rules. I can’t wait to see it again. pic.twitter.com/FvP3B53MOX

#SpiderManFarFromHome! What a fun, solid sequel. Tom Holland so incredibly charming, will watch him in any/all things. Jake Gyllenhaal gets way more to do than expected, clearly had a ball doing it. Also still loving Zendaya's MJ.

Finally, #SPIDERMAN fans will lose their minds during one of the post-credits scenes. Not gonna say anything more, but it's just… so right. #SpiderManFarFromHome

Spider-Man: Far From Home — the 23rd overall film in the Marvel Cinematic Universe that was co-produced by Sony Pictures and Marvel Studios — will be released in theaters in the United States on Tuesday, July 2.