Buy Or Sell: Breaking Down All The Major Moments In ‘The Rise of Skywalker’ 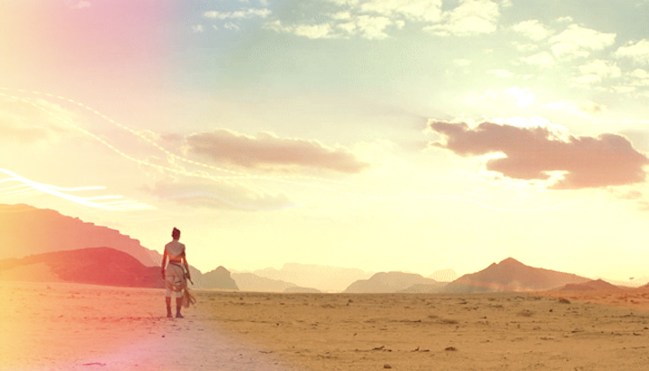 For better or worse, through hook or through crook, in the galaxy far, far away or in a reality that is very much our own, Star Wars: The Rise of Skywalker (Episode IX!) is here.

And perhaps more dense and obsessed over than the film itself has been the audience’s reaction to it, so, in an effort to preserve the sanity of everyone who has already virtually drowned themselves in Star Wars #HotTakes this week, we’ve broken down our recap into two simple categories: buy or sell.

Warning: massive spoilers for Star Wars: The Rise of Skywalker will follow.

– The action: Let’s begin blasters blazing, as this is as broad and as stark of a criticism that one can levy against a Star Wars film.

Star Wars is a franchise that built its generational reputation on pushing boundaries and inspiring awe. And while — despite it all — The Rise of Skywalker still delivers some credibly awesome (the literal definition of “awesome”, by the way, not the way you and the boys use it) moments, the action set pieces do not qualify as such, particularly the concluding battleship sequence, which is beyond incoherent and painstakingly unremarkable. You know the whole “all Marvel movies end with a hole in the sky” thing? Kinda the same. Hell, even Revenge of the Sith had a “classic” battle sequence.

– The entire Palpatine storyline: It’s not so much what Palpatine does in the movie, it’s what he didn’t do in the previous two.

Had Abrams, Disney, and co. teased Palpatine’s return from the get-go, his reveal in this decades-in-the-making ninth chapter would have come with the reverence it deserved. Instead, due to his seemingly haphazard inclusion in the latter stages of the trilogy’s narrative, Palpatine’s return feels rushed and undeserved. Rise of Skywalker certainly does not help itself in this regard, as the infamous Sith Lord is unmasked within the film’s first ten minutes.

– Leia’s inclusion: Look, I get it — Carrie Fisher is an iconic establishment of the Star Wars franchise. A pioneer. But legacy notwithstanding, General Organa’s inclusion in the film adds an element of clunkiness, as it’s clear that the plot was retrofitted to work around the unused Leia footage that remained from the past.

– Luke’s return: Considering that the film carries his namesake, my expectation was that Force Ghost Luke (that sounds like a DJ name) would play an integral role in the battle against the reborn (or is it undead?) Palpatine. Granted, Luke does prove to be key in Rey’s journey, albeit as merely her spiritual hype man.

– Rey being a Palpatine: Like I said earlier, had Palpatine’s potential existence/impact been teased since The Force Awakens, the twist would have worked. But whether it be due to a lack of foresight from Disney, Rian Johnson’s “meddling” with the narrative, or otherwise, the Mouse House did not put in the proper groundwork to lay the foundations of what could and should have been an Earth-shattering twist.

Instead, as previously mentioned, Palpatine’s entire existence in the film feels like nothing more than a desperate 9th inning home run swing in an effort to add gravitas to the conclusion.

Oh and C-3PO fucking rocks in this one. pic.twitter.com/2PZQfectiD

– Daisy Ridley: One of — if not the — main downfalls of the prequel trilogy is that Hayden Christensen’s acting chops were simply not adequate enough to bear the weight of such a beloved story. You’ve seen the memes, you’ve watched the compilations — there’s no need to rehash Christensen’s shortcomings. Luckily, that is not the case when it comes to Daisy Ridley.

For all of the various complaints that surround Disney’s entries into the galaxy far, far away thus far, Ridley’s work as the franchise-carrying lead is not one of them.

At its core — like most movies — Star Wars is utterly preposterous. And due to its inherent preposterousness, communicating complex emotion can be a challenge, as the structures used to deliver those emotional messages and cues are, innately, ridiculous. Yoda was 900 years old. Luke Skywalker is a ghost. Rey and Kylo sext each other via telekinesis. You get the picture.

So, with all that said, being able to believably sell the various emotions — wonder, grief, intensity, belief, love, etc — that are wrapped up in this intrinsically absurd narrative requires a certain level of acting ability. And Ridley has it in spades, as she absolutely hammers every peak and valley of the roller coaster of emotion that Rey experiences throughout the course of the film. Put simply, Ridley carries the movie and its collapse would be swift without her charisma.

– C-3PO: Over the years, our boy C-3PO has become somewhat of a caricature of comic relief. After all, it is literally the character’s main function. But in The Rise of Skywalker, certainly more so than in any of the other modern-day Star Wars flicks, 3PO’s comic relief is a home run every time it’s wielded.

More importantly, not only is 3PO intelligently worked into the thick of the plot, but it’s through this plot device that the character delivers one of the film’s most emotional moments: “Taking one last look sir… at my friends.”

– The Hux Twist: Fuckin’ Hux! I mean, who saw that coming? And that, simply, qualifies as effective filmmaking: genuine surprise. I did not expect Hux to turn on the First Order, and yet when he did, his reasoning for doing so — he simply wanted to see Kylo Ren lose — totally lined up with everything we know about the character thus far.

– Hux’s Death: Given that Hux ended up being an essentially inconsequential character, it’s fitting that his death echoed that very sentiment: unimportance.

– “All” of the Jedi speaking to Rey: This one boils down to a matter of perspective, as you likely found the crucial climactic rallying cry of Jedis past to be overtly corny or soul-stirringly moving. I found myself in the latter category. As Russel Buffalino would say, it’s what it is.

– Kylo’s sacrifice: While I’ve already mentioned, in not so many words, that the romantic moment between Rey and Kylo was preposterously out of tune and contrived, Kylo’s sacrifice that led to that particular moment provided one of the film’s emotional high watermarks. Act one and two planted the necessary seeds to establish exactly the type of life force sacrifice that Kylo eventually delivered. Albeit relatively predictable, the moment still registers as satisfying redemption for Ben Solo.

– Rey becoming a “Skywalker”: As I discussed in “selling”, I felt that Rey’s surprise Palpatine heritage was forced, to say the least. Therefore, conversely, I think that the film’s closing moments — the famously eponymous Rey declaring herself as a Skywalker — worked for those very reasons.

As Star Wars has long preached, friends are the family you choose, and that theme now reverberates through the trilogy with the eventual revelation that Rey’s series-defining origin, legacy, and destiny is ultimately the one that she’s chosen. Star Wars is a story of those choosing between the light and the dark, and Rey’s choice is one that will echo through both their galaxy and ours.