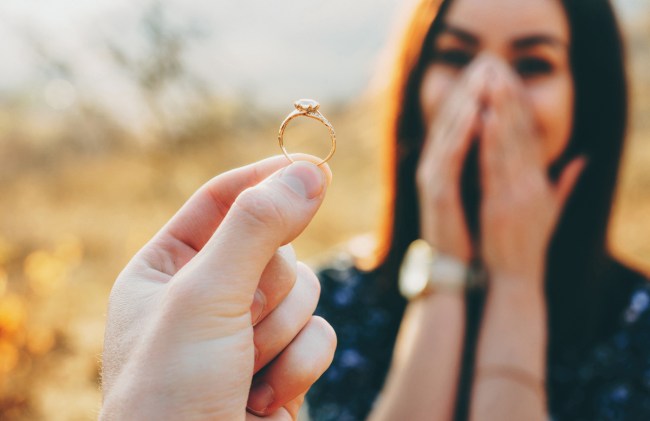 Engagement rings are an expensive – and completely unnecessary – purchase.

Spending thousands of dollars on a ring to show people a woman is about to be married, only to get ANOTHER ring, feels like a totally pointless ritual.

A guy trying to cut corners and save a little money is absolutely allowed, however, stealing an engagement ring from a failed relationship to give to a new girlfriend is pure bush-league stuff.

Joseph Davis, 48, is wanted in Florida for stealing from two ex-girlfriends over the last few years.

Girlfriend No. 1 — who lives in Orange City, and who had dated Davis since 2015 — told detectives she learned through some Facebook sleuthing that Davis, a convicted felon, was engaged to the second woman.

Worse, she saw on the second woman’s Facebook page that her rival was wearing an engagement ring and wedding band identical to her own from a previous marriage, according to the sheriff’s office.

She checked her jewelry box and found her rings and other items missing. About $6,270 in property had been stolen from her in all, officials said.

The girlfriend began contacting Davis’ fiancée — who lives in Orlando and who had begun dating him in 2016.

Soon, both women were commiserating and joining forces in turning on Davis and reporting him to the authorities.

I wonder how many people have been busted doing sleazy stuff thanks to Facebook. I’d have to guess thousands. Any future criminals should avoid Facebook at all costs.

To make matters worse, the second jilted girlfriend reported her laptop and jewelry missing after Davis moved out of her apartment.

This isn’t Davis’s first run-in with the law – he’s got an active warrant in Oregon for a hit-and-run crash, domestic assault, and possession of cocaine.

Davis now faces grand theft charges in Florida and the anger of two pissed off ex-girlfriends.