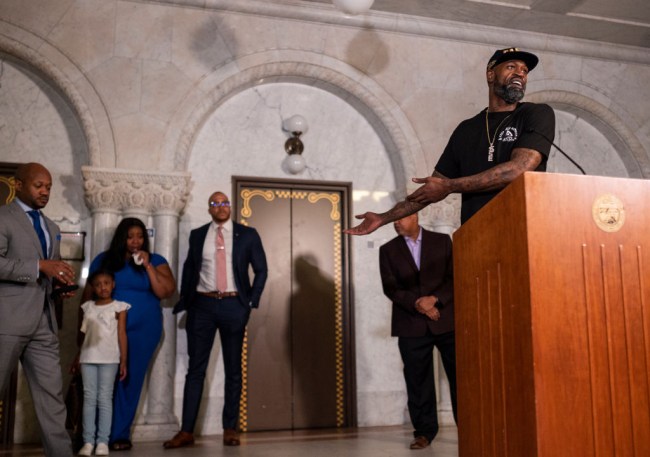 Former NBA champions Stephen Jackson was a close friend of George Floyd and has been offering powerful statements to the media since Floyd’s tragic death.

Jackson, who grew up with Floyd outside of Houston, addressed the media and demonstrators at Minneapolis city hall on Tuesday alongside Floyd’s six-year-old daughter Gianna and her mother, Roxie Washington. The former NBA player addressed Washington and vowed to take care of Gianna and be there for both of them.

Stephen Jackson spoke out at a news conference, promising to take care of George Floyd's daughter and demanding justice for his death. pic.twitter.com/qozf5R6ZKI

Jackson has been joined by the likes of Karl-Anthony Towns and Josh Okogie among other current and former NBA players in Minneapolis during protests taking place over the past week and counting.