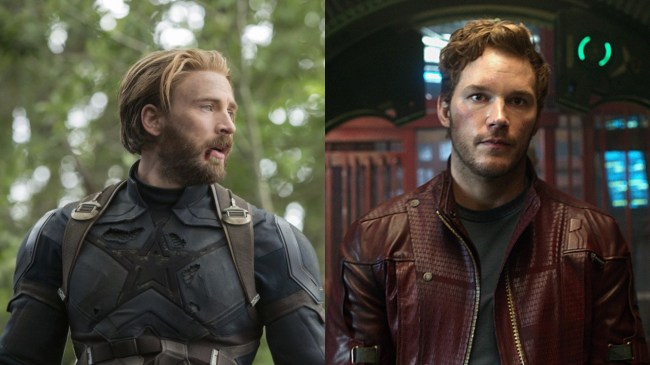 As the Marvel Cinematic Universe continues to grow and expand, so does the discourse surrounding the behemoth franchise, from reviews to spoiler-discussions to fan theories.

In fact, fan theories have become as essential to comic book movies as the films themselves, as it drives fan discussion and engagement during the intervals between films.

Take this latest bonkers fan theory form the geniuses over at Reddit that suggests that Steve Rogers is actually Peter Quill’s biological grandfather. The theory is based on the fact that actress Laura Haddock — the actor who plays Meredith Quill, Peter’s mother — also appears in Captain America: The First Avenger.

Here’s the TLDR, followed by the entire theory below:

TLDR: Captain America is Star Lord’s Grandpa because the actress who plays Meredith Quill has a part in Captain America: The First Avenger where it’s implied something happens with her and Cap. Fast forward to Guardians of the Galaxy Vol. 2 where Peter is the only offspring of Egos’ millions of kids to have the inner light. Plus timeline matches up pretty perfectly.

With the Peter Quill character set to return for Guardians of the Galaxy Vol. 3, perhaps the nature of his familial origins will be further explained (in Guardians of the Galaxy Vol 2., it was revealed that Peter is the son of Ego the Living Planet). As for Steve Rodgers, his future in the Marvel Cinematic Universe is less certain, as his long-running arc seems to have finally come to an end in the closing scene of Avengers: Endgame.