Teenager Steals Jeep And Leads Police Chase Through A Missouri Golf Course, May Or May Not Be An Alabama Fan 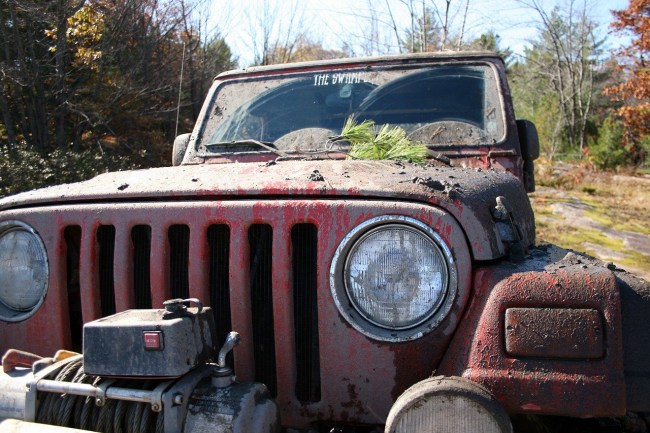 Everyone loves a good old fashioned police chase, but when the suspect decides to take things off-road, that’s truly the mark of a legendary chase. That’s exactly what happened in this case as a Missouri teenager decided to take a detour on a golf course and thanks to a few guys being in the right place at the right time, we got a front-row seat of the action.

The person that captured the video decided to hit the record button on his phone at the perfect time as the stolen Jeep cam flying by him and his playing partners at Horton Smith Golf Course. The driver of the Jeep looks extremely comfortable and if you listen closely, it sounds like he said ‘Roll Tide’ as he drove by. Even the guy recording the video heard him say it.

First and foremost, thank goodness nobody got hurt, but I mean, look at that, it’s some impressive driving from the suspect. He really put that Jeep’s handling to the test and based on the video, the vehicle passed with flying colors.

The 18-year-old driver and another suspect were taken into custody for stealing the Jeep.

Investigators first spotted the Jeep Wrangler without license plates near West Bypass and Kearney Street, according to KY3. Deputies then determined the Jeep was stolen and began a pursuit, which ended shortly after 5:30 p.m. near Battlefield Road and Scenic Avenue.

The Jeep was tagged with a Star Chase GPS tracking device, allowing Greene County deputies to track the vehicle from a distance.