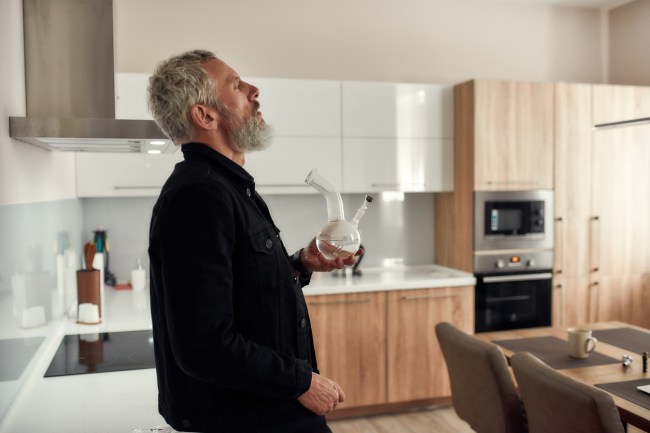 There is a certain perception of the stoner class, one suggesting that anyone who gets high on the daily probably isn’t going to be worth a crap in the real world. The belief is that marijuana users are typically unmotivated wastes of space that just hang around their parent’s basement all day, taking bong rips and eating up all the snacks in the house. It’s an old school way of thinking, which was made possible, by and large, through decades of government propaganda. But evidence has started to emerge over the past few years indicating that today’s cannabis consumer is actually more active, more focused on physical fitness, and they have the bodies to prove it.

Cannabis users are leaner and meaner, according to the University of Colorado Boulder’s Department of Psychology & Neuroscience. They recently published a study in the American Journal of Health Behavior showing that pot users are more likely to engage in regular exercise and other physical activities than their non-using counterparts. No, it doesn’t appear they are talking about the kind of workout a pothead gets from walking in and out of the kitchen to see if the frozen pizza is done. The report finds that cannabis users, especially those of a certain age, are just more open to maintaining a weekly fitness regimen than those who don’t touch the stuff.

Not only that, but their Body Mass Index (BMI) is better.

Now, these findings might sound like a scam to those people still buying into the lazy-stoner stereotype. After all, pot causes the munchies, and the munchies have a way of tossing people into a ravenous fit of gluttony where no Little Debbie or Dolly Madison is safe. Nobody gets this better than me. The insatiability factor is one of the main reasons I had to stop smoking pot. Even when I tried to be proactive and fix a healthy dinner to fight off a nightly attack by the munchie monster, it always seemed like I was ordering a large pizza and venturing out for ice cream by the end of the night. It was terrible, but that’s what the munchies do to me – they make me eat as though I’ve just spent the past six months being starved out in a North Korean prison.

But because similar studies published over the years were adamant that weed could be beneficial to staying fit – it could do this, evidently, by enhancing a person’s ability to train and recover — I felt the need to try and make it part of my fitness plan. In the end, however, all that I noticed being enhanced was the time I spent on the couch dreaming about the pizza I was going to regret later. My muscle recovery was better, though, but that’s really no surprise considering I wasn’t exercising. As for my BMI, it was spiraling further out of control by the day and it became painfully obvious that a regimen of cannabinoids wasn’t going to play a role in getting me into shape.

But then you have guys like boxing legend Mike Tyson, who made headlines last year after claiming to spend a whopping $40,000 a month on weed. That’s a whole lot of time spent stoned for a man who now, at 53-years-old, looks to be in better shape than when he was knocking out dudes in his prime. Whether his power and physique is due to his dedication to the doobie is anyone’s guess. But it sure hasn’t stopped him from getting more cut up and ready to kill.

Overall, researchers admit that more work needs to be done before the link between cannabis use and physical fitness can be confirmed. But “at minimum,” they wrote, “the evidence suggests that cannabis use does not hinder older adults’ ability to engage in physical activity, to participate in a supervised exercise program, or to increase their fitness as a result of physical activity.”

Unless you’re me, apparently.