Stop Going Out, You F*cking Idiots 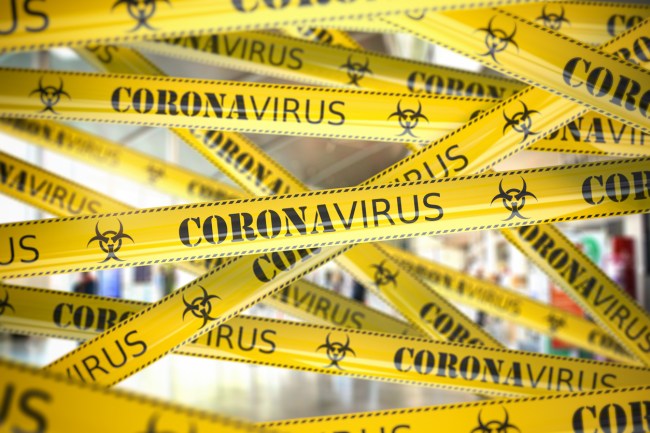 Everyone has fantasized about what they would do if they suddenly found themselves plopped in the middle of a zombie apocalypse and my contingency plan has always been the same as the one adopted by the characters in Shaun of the Dead: post up at a bar and wait for the whole thing to blow over.

As of right now, there’s no indication that one of the symptoms of COVID-19 is “an insatiable appetite for human flesh,” but unless a disease comes along in our lifetime that causes infected patients to become braindead cannibals, it’s likely the current coronavirus panic is the closest most of us will get to experience what it’s like to live out a pandemic capable of bringing the world to its knees.

I’ll be the first person to admit I wasn’t super concerned when the illness began to make its way around the world over the past couple of months, and while I started grabbing a few items with a long shelf life whenever I hit up the grocery store in recent weeks, I honestly didn’t think there was a realistic scenario where I’d be forced to become a vegetarian by default and subsist on rice and beans.

As a relatively healthy 20-something, I also haven’t been super concerned when it comes to worrying about my fate if I end up contracting coronavirus. Sure, it’ll probably suck if I end up getting infected, but statistically speaking, I’ll just end up feeling super shitty for a few days and that’ll (hopefully) be the end of it.

I’ve lived in New York City for the past six years, and as of last week, I was intent on refusing to let coronavirus impact my daily life and pledged to continue to stick to my usual routine of going to bars more often than I should and sucking down as many mimosas as possible before the bottomless brunch window closes.

However, it’s been impossible to ignore how quickly things have begun to spiral out of control in recent days as officials in NYC and other major cities around the globe do everything in their power to prevent coronavirus from spreading more than it already has.

On Saturday, I decided to do one final run to stock up on the essentials to brace myself for an uncertain future, and while the liquor store was thankfully fully stocked, the same couldn’t be said for the barren shelves at the multiple supermarkets I went to that were packed with people scrambling to prepare for the uncertain future that lies ahead.

Of course, everyone (myself included) who did some last-minute shopping over the weekend stood the chance of exposing themselves to coronavirus in an attempt to be able to combat the impact it’s going to have, but as I was making the rounds, I was amazed at the number of bars and restaurants packed with patrons who decided getting their drink on in close proximity to other people was a priority at this point in time.

As a result, I’d like to issue a brief public service announcement: stop fucking going out, you stupid fucking morons.

As things currently stand, people in NYC, Los Angeles, Boston, and plenty of other places will have no choice beginning this week, as government officials in cities and states across the country have placed a cap on public gatherings and ordered bars and restaurants to shut their doors right before we were poised to celebrate St. Patrick’s Day.

There’s no question more locales will follow suit in the coming days but I know for a fact that far too many people will flock to drinking establishments tonight for one last round, and based on videos and photos I saw this weekend of partygoers at clubs in Miami and Nashville, a solid segment of the population has deluded itself into thinking coronavirus is none of its concern.

Let’s be very clear: if you’re one of those people, you’re not just a fucking idiot—you’re a potential accessory to murder.

Like I said before: if you’re young and healthy, you’re probably going to be able to come out of this pandemic relatively unscathed as far as your health is concerned (the looming economic shitshow is another matter entirely but there are more important things to worry about at this point in time).

Based on the nature of the virus, you could currently be carrying it and not even have a clue, and every single time you go into public and interact with someone or something—whether you’re handing over your credit card or opening a door—you stand the risk of transmitting the illness to someone with an immune system that isn’t prepared for the havoc it can wreak.

As of right now, there’s no telling how long this is going to last, and yes, the entire thing fucking sucks. However, unlike what some people would have you believe, the drastic measures being taken to combat coronavirus aren’t part of some massive conspiracy orchestrated by the media and government officials intent on making your life miserable just because they can.

They’re doing it because they’re trying to save fucking lives.

Look, I’m just a dude that writes things on the internet, and while I might not be an authority on the matter, there are countless people who’ve devoted their lives preparing for moments like this who will tell you the exact same thing I’m saying.

It’s time to hunker down, folks. Do what you need to do to prepare for the long haul if you haven’t yet, but if you somehow can’t resist the urge to continue to live life the way you want just because you can, I wish you the best of luck in telling yourself there’s no way your selfish actions could bring someone else’s life to an end.