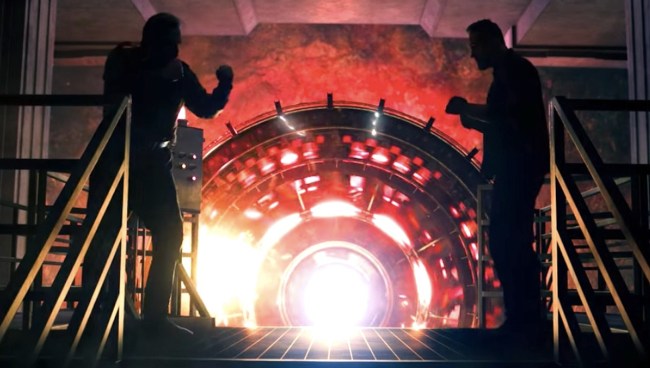 Prior to the release of Stranger Things 3, the number one concern on my mind was how the show was going to cope with its exponential escalation.

How is it that these kids are constantly humanity’s only defense against both otherworldly and international enemies? How is it that there are never any consequences outside of poor Will Byer’s evil Spidey Sense and the death of Bob the Brain? Why doesn’t anyone else in Hawkins seem to realize the supernatural chaos that unfolds in their tiny midwestern town every year?

But most of all, I wondered how they were going to get away with continuing to have the audience feel the suspense of the increasingly high-stakes plot without killing a major character:

“While the Duffer brothers — the creators of Stranger Things — have earned the benefit of the doubt, it’s hard to ignore that over the course of the first two seasons, they haven’t necessarily made any bold narrative choices.

But as Stranger Things enters its third — and therefore, inherently biggest — season, it faces the reality of escalation, of plot progression, of building drama, of having to finally kill off a main character.”

Stranger Things 3 cashed the check that its first two seasons spent writing, as the character who ended up being sacrificed for the greater good of the plot was Chief Hopper, the series’ second lead behind Eleven and arguably its biggest fan favorite.

The character that turned David Harbour into a star, Chief Jim Hopper was essentially the audience avatar in the upside down world of Stranger Things, because at the end of the day, he was just a regular, chain-smoking, out-of-shape dude who just tried to do the right thing.

And deciding to kill him — while certainly brave — may not be a plot point that sticks, as the post-credit scene at the end of Stranger Things 3 revealed.

Mere moments after the credits on the season finale began to roll, the audience is transported to a military base in Kamchatka, Russia — likely the same base that opens the first scene of the season premiere.

As two Russian guards walk past a row of prison cells, one of the guards begins to open one of the doors before the other says: “No, not the American” — all but confirming that everyone’s favorite Dad-boded police chief somehow survived the explosion at the secret Hawkins military base beneath the StarCourt Mall.

Eagle-eyed viewers would have already assumed that Hopper survived, though, as — unlike the other victims of the same energy blast — his remains are nowhere to be seen when Joyce Byers surveyed the post-explosion damage.

Which then begs the question: if Stranger Things were so willing to immediately reverse the death of Hopper, why go through with it at all? And the answer is simple: they had to.

For bordering on too long, Stranger Things coasted by on the emotions of nostalgia, innocence, and adventure, while largely ignoring the gloomier end of the emotional spectrum — pain, loss, devastation.

In order for the audience to continue to believe that the lives of Hawkins Mightiest Heroes are ever actually at risk, one of them had to die in the process, and that ended up being Chief Hopper, whose death registers on a number of different emotional levels.

There was his will-they-won’t-they dynamic with Joyce and his father-daughter relationship with Eleven.

He was one of the most complexly-developed characters on the show, giving the audience a true sense of growth and therefore connection to the character.

Finally, of course, Hopper’s just a badass — plain and simple. Combine all of those factors with the gut-punch of a handwritten speech to Eleven that closes out the episode and you have a truly affecting haymaker of a season finale.

But because of all that, Hopper remains one of the show’s most plot-armored character. Sure, his death may elicit the largest emotional response, but it also inhibits the potential of future seasons, as Harbour’s portrayal of the best-years-behind-him small-town police chief is one of the series’ biggest draws.

And that’s why Stranger Things’ decision to tease, but then eventually balk on the decision to kill Chief Hopper is justified: the show was assuredly able to draw tears from most of its audience — something it was not able to do in prior seasons — with his death, while also acknowledging his ultimate importance to the success of the show’s past, present, and future.