Marvel Studios Head Explains Which Avenger Is The Strongest 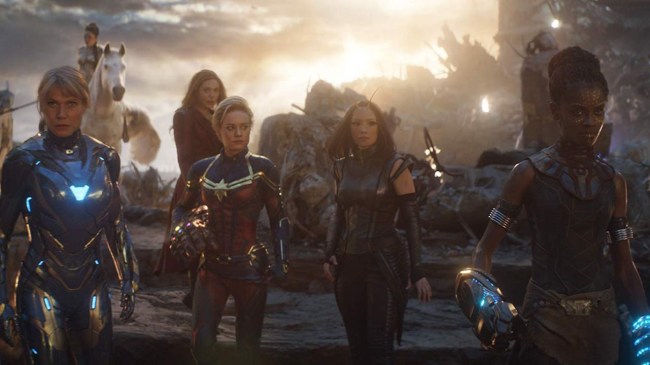 As the Marvel Cinematic Universe continues to grow and expand, Marvel Studios finds itself with the unique challenge of having to consistently up the ante.

Whether it be the cast of characters in the films, the worlds on which these films take place, or the power of the characters themselves, Marvel Studios must find new and exciting ways to continue to propel the MCU forward.

One such example is the introduction of Wanda Maximoff, who — although she has yet to star in her own movie — is actually the strongest Avenger in the MCU, according to studio head Kevin Feige.

“If you look at Endgame, Wanda Maximoff was going to kill Thanos,” Feige explained. “That’s as scared as I’ve ever seen Thanos, and if he hadn’t said ‘Decimate my entire team’ to get her off of [him], I think she would have done it.” [via ComicBook]

Feige also explained how excited he is about being able to further explore the character in the upcoming Disney+ series WandaVision, which is set to hit the streaming service this year.

“Having the opportunity to tell more of their story, to see more of what Wanda can do, more of what makes Vision Vision, and — most importantly — reveal a name that I’m not even sure we’ve said in the MCU yet, but we absolutely make a big deal of in the show, which is that Wanda is in fact the Scarlet Witch,” Feige explained.

“I’m just so excited for fans because if they know anything about the Scarlet Witch in the comics, I think this show will just get them so excited,” Olsen teased earlier this year. “This show will explore why she’s known as Scarlet Witch and how she is Scarlet Witch as opposed to Wanda. We’ve always referred to her as Wanda in our films, so it’s an exciting opportunity.” [via ComicBook]

WandaVision, which will see Elizabeth Olsen and Paul Bettany reprise their roles as Wanda Maximoff and Vision, is expected to consist of six episodes and will be released later this year.