New Study Finds Eating And Drinking In Moderation Won’t Save You So Why Not Live Every Day Like Your Last? 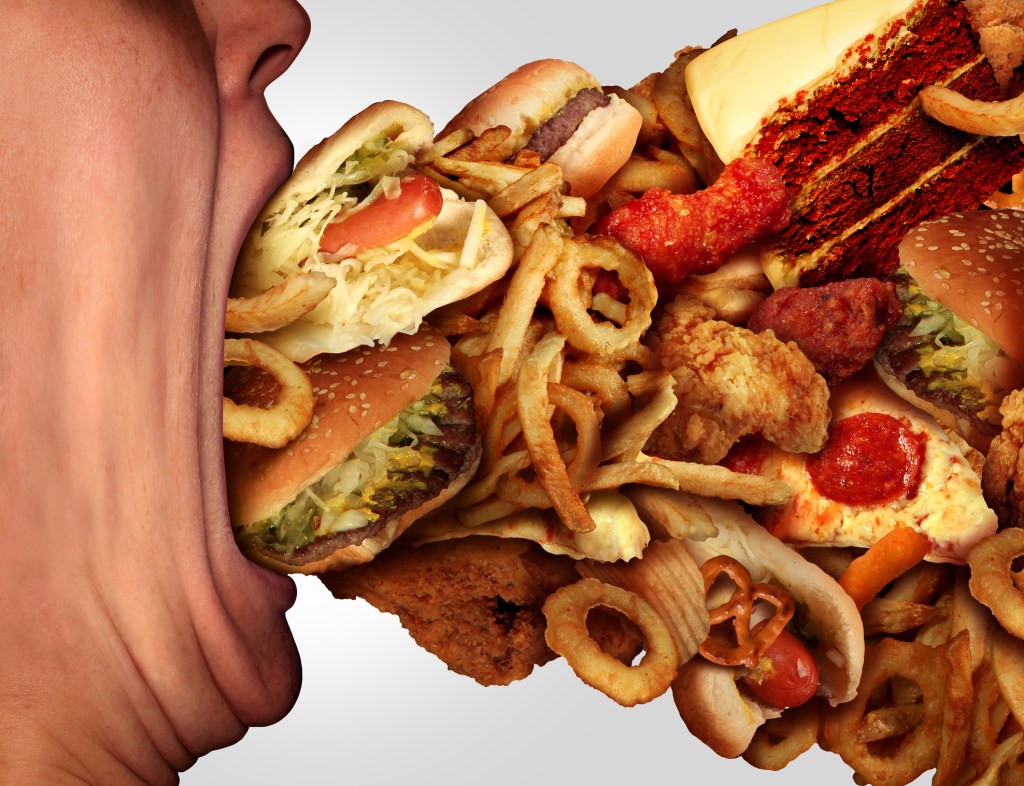 It’s a hopeful concept that the health nuts, medical pros, and junk food pushers have been force-feeding gluttonous Americans for decades. The idea is that regardless of how wrong something is for us on a nutritional level, we can always enjoy it in small amounts and not wholly deprive ourselves of the sins that we crave. After all, we only live once, but we still want to eat and drink without living in fear of a heart attack. Well, wouldn’t you know it, we’ve been screwed over again.

Two separate studies published earlier this week show that consuming alcoholic beverages and fried foods, even in moderation, can wreak havoc on our hearts. It’s a savage blow to anyone who, like me, chased down some leftover buffalo wings with three beers this morning over breakfast. Hey, don’t judge. You would have done it too if you wouldn’t have been fired for walking into Accountants R’ Us with beer breath and wing farts.

While no one is really under any illusion that devouring mounds of gas station chicken, french fries, and other fat soaked cuisine of the slopocalypse is good for them, we’ve been under a gentlemen’s agreement with this stuff over the years. As long as we promise to only eat deep-fried crap every once in a while, it will not clog up our arteries and kill us dead. We’ve done our best to uphold our end of the bargain – only eating crud during sporting events, guy’s nights, and cheat days – but someone reneged along the way.

A new study published in the journal Heart finds that consuming small portions of fried food is enough to put the heart at risk of being snuffed out. For every half cup of fried food a dude eats, researchers say, his chance for heart failure increases by 12 percent. Considering the culinary lardassery that all of us likely engaged in over the weekend, it is conceivable that any one of us could drop dead before finishing this article.

Not me, though, not yet.

The biggest problem with fried food is trans fats. No, this is not a stick of butter that identifies as a jar of coconut oil. It’s actually an inexpensive fat widely used throughout the food industry, one that is manufactured by adding hydrogen to vegetable oil to create a flavorful, gelatinous glob that helps preserve food and give it more zang. Trans fats can be found in just about all of the processed food that we eat. But wait, didn’t the government ban this rotten stuff? The answer is: yes. Well, almost. Some extensions on the deadline, not to mention loopholes, have allowed food companies across America to continue adding trans fats to food products to some degree.

“The FDA allows companies to label a food as “0 grams” of trans fats if one serving of the food contains less than 0.5 grams,” according to CNN.

While fats are an essential part of a healthy diet, trans fats can raise bad cholesterol and lower the good. They don’t break down very easily in the body, so they just linger there causing trouble. According to the American Heart Association, anyone worried about heart damage, but doesn’t want to give up fried foods should cook with canola and olive oil instead. They are much healthier.

Another study, this one from the European Society of Cardiology, suggests that we also need to be more careful with booze.

Health experts come around every year or so and tell us something different about how much alcohol we can safely consume. It used to be three drinks, then it was two. Last year, they said one drink per day was the right amount to avoid problems with liver disease, cancer, and heart-related issues. But that turned out to be a heaping load of BS, as well.

The new study shows that just a single alcoholic beverage each day can put people at risk of developing an abnormal heart rhythm called atrial fibrillation (afib). This condition typically begins as a rapid heartbeat – complete with symptoms ranging from shortness of breath to fatigue – but it can lead to more severe issues, like heart failure and stroke. Scientists say that it is no longer necessary to go full-blown Jim Morrison to tear the heart to bits. Moderate consumption – and let me remind you that’s only one drink in a 24-hour period — put people 16 percent more at risk of heart issues than non-drinkers. The number rises to the neighborhood of 28 percent with the consumption of two drinks. By all accounts, I’m more than halfway in the grave following my morning meal.

The good news is I survived long enough to finish this column. Whew! Maybe I just got lucky, or perhaps there’s more to the mortality of man than his eating and drinking habits. Just think back to all of the depraved markings you have made in this world over the years – the drunkenness, the overindulgence – and you’ll clearly see that science isn’t always against you. All of us should be dead by now. But as I type out my final thoughts for this column – hoping like hell that the data doesn’t catch up with me and my neighbors find me slumped over the keyboard with buffalo sauce stained fingers – rest assured that death is coming, one way or another. Maybe booze and fried food are evil. All you can do is your best.

As for me, I still subscribe to the “moderation is key” theory. No, it might not save us from all of the savage ass-whoopings the world may bring, but it provides a little enjoyment in an otherwise chaotic life. Why else would a man start his day with a plate of fried chicken and beer? I’m getting the good while I can, and so should you. Who knows, tomorrow your freaking heart might explode. The end.