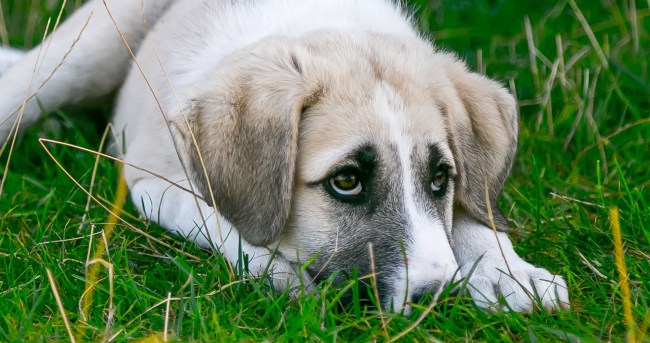 Something we all pretty much knew about dogs has been officially confirmed, according to a new study. Over the years, dogs evolved those sad “puppy dog eyes” specifically to con us humans into feeling sorry for them.

And you know what? It doesn’t matter that we now know for certain that our dogs are just messing with our heads. We’ll still fall for the sad “puppy dog eyes” as much now as we always have. We’re such suckers.

Scientists found that dogs have learned that when they raise their eyebrows and look at us humans it triggers a “nurturing response” because it makes their eyes appear larger, giving them a more infant-like appearance, and resembles a facial movement humans make when they are sad. 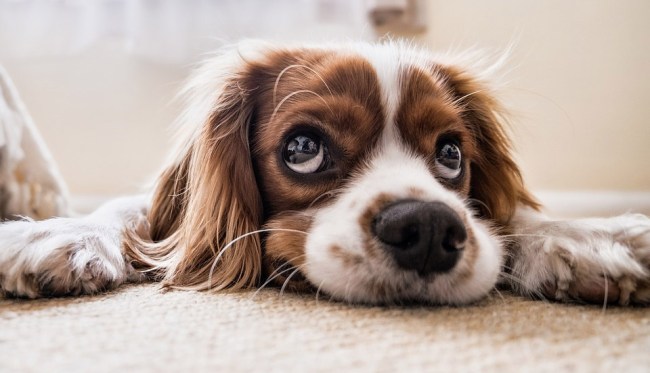 Psychologist Dr. Juliane Kaminski, who led the research, told The Independent, “The evidence is compelling that dogs developed a muscle to raise the inner eyebrow after they were domesticated from wolves.

“The findings suggest that expressive eyebrows in dogs may be a result of humans’ unconscious preferences that influenced selection during domestication.

“When dogs make the movement, it seems to elicit a strong desire in humans to look after them. This would give dogs that move their eyebrows more a selection advantage over others and reinforce the ‘puppy dog eyes’ trait for future generations.”

She also discovered in previous research that dogs move their eyebrows significantly more than normal when humans are looking at them.

“It is really remarkable that these simple differences in facial expression may have helped define the relationship between early dogs and humans,” said Anatomist Adam Hartstone-Rose of North Carolina State University. 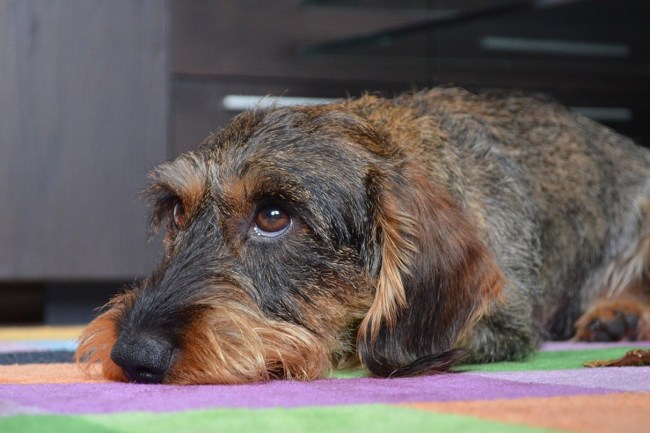