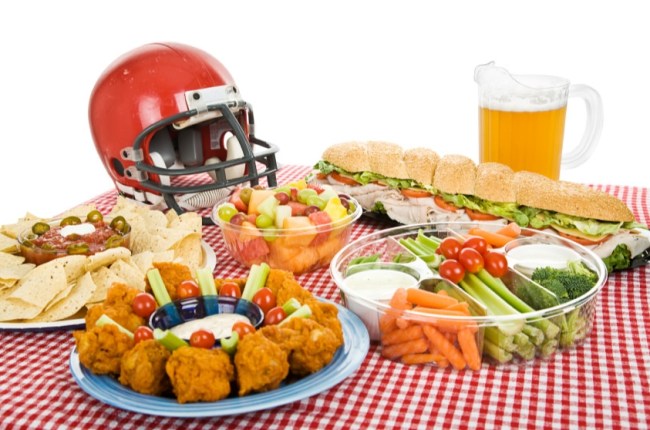 The Super Bowl means Super Bowl parties. Super Bowl parties mean Super Bowl party food. And there will be copious amounts of high-fat finger food at your disposal for instant gratification. The belt-adjusting amount of food that the regular American will consume on Super Bowl Sunday is scary. You will eat so much food and consume so many calories that it will take weeks to get back to the weight you were on the Saturday before the Super Bowl.

Super Bowl partiers will chug $2.37 million on sodas and other soft drinks. Americans will drink 50 million cases of beer over Super Bowl weekend, which will cost $10.8 billion. All that beer may have a factor in the 7 million employees who will call out of work on the Monday after the Super Bowl.

Over 48 million Americans will order takeout or have food delivered on Super Bowl Sunday, with 60 percent being pizza orders.

Another study by researchers at Cornell University had a much, much higher estimate of Super Bowl calories. The study tracked grocery store purchases of 200 American households in a seven-month period and found that more calories were consumed on Super Bowl Sunday. More than Christmas and even Thanksgiving. The study found that Americans consumed more than 6,000 calories on Super Bowl Sunday. OVER 6,000 CALORIES! Better hit the gym on Monday.

“The higher number represents the fact that the household was buying foods that give more calories each time they eat a recommended serving,” said the study’s co-author David Just, a professor of Behavioral Economics. “This means people buy the highest calorie foods around the Super Bowl.”

The best advice I can give is that you should wear stretchy sweatpants to avoid any embarrassment of bursting the buttons on your pantaloons. We’ll leave you with competitive eater Matt Stonie attempting to devour over 20,000 calories of pizza, wings, burgers, chili, and more.