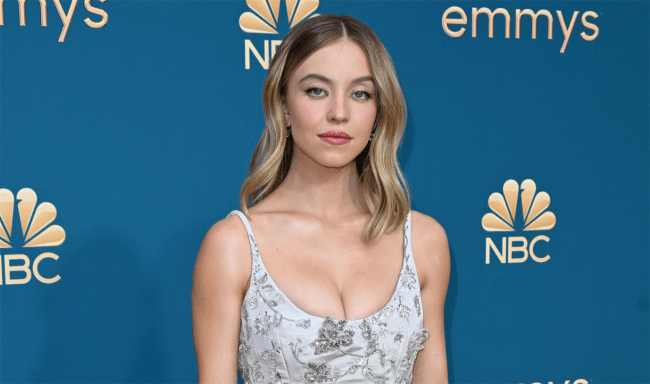 Actress Sydney Sweeney, who plays the character Cassie on the HBO show Euphoria, recently blasted the trolls who have been screenshotting her nude scenes on the show and sharing the images on social media.

In a new interview with GQ, Sweeney says images from her nude scenes on the show are being circulated on social media to the point where it’s affecting her family.

“It got to the point where they were tagging my family. My cousins don’t need that. It’s completely disgusting and unfair,” Sweeney revealed. “You have a character that goes through the scrutiny of being a sexualized person at school and then an audience that does the same thing.”

In a sad bit of irony, during the first season of Euphoria, Sweeney’s character Cassie has nude videos of her leaked to other students in her school.

As we talk about the world’s fixation with her nude scenes, I think about how often male actors are seen as brave or experimental artists when they strip off on camera, while women are so often lessened through exposure. There are so many things I want to know but all that comes out is asking if all this makes her want to hide herself away, and because she is Sydney Sweeney she knows what I mean by ‘all this’. “Not anymore,” she says. “I think it’s ridiculous. I’m an artist, I play characters. It makes me want to play characters that piss people off more.”

Having to deal with people making issues out of her body is nothing new for Sweeney though.

“I had boobs before other girls and I felt ostracised for it,” Sweeney told GQ. “I was embarrassed and I never wanted to change in the locker room. I think that I put on this weird persona other people had of me because of my body. So I did play every sport and I studied really hard and I did everything that people wouldn’t think I would do, to show them that my body doesn’t define who I am.”

When asked if she still feels like she has to do that, Sweeney responded, “Oh yeah, but now it’s on a whole-world scale.”

Related: Paige Spiranac Drops The Hammer On Critics Of Female Athletes ‘Showing Off Their Bodies’