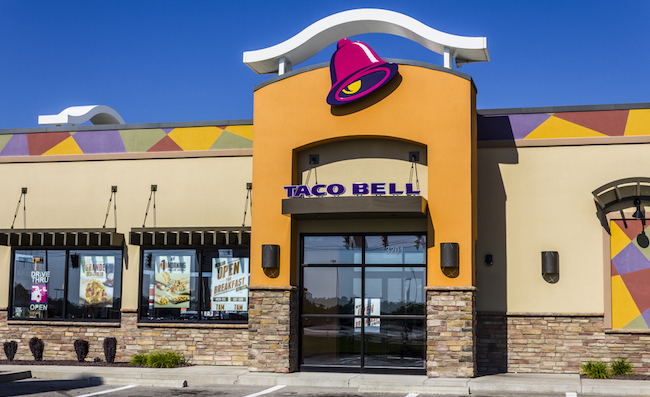 Last week, the people of Alabama State University and the city of Montgomery suffered a sudden and shocking loss when the Taco Bell on Zelda Road caught on fire in the middle of the night. Firefighters did what they could to save the beloved member of the community, but their efforts couldn’t stop the building from collapsing on itself, which dealt a crippling blow to drunk people and stoners who routinely flocked to the location to get their Cheesy Gordita Crunch fix at 2 AM.

On Friday, a dedicated fan created a Facebook event announcing a candlelight vigil that would give grieving customers a chance to come together to mourn their loss. On Sunday, a number of people flocked to the scene of the fire to pay their respects in a truly touching tribute to the former pillar of the city.

The vigil was organized by Katie James, who told the Montgomery Advertiser she was inspired by her roommate’s reaction to the traumatic event:

“He works long shifts, sometimes 14 hours a day. His go-to foods are McDonalds and Taco Bell. He’s a fast food guy. I came home and said, ‘Russell, what’s wrong?’ He was like, ‘Man, the Taco Bell on Zelda burned down.’ I was like, ‘What?’ and he was like ‘Yeah!’ And I said, ‘We should hold a memorial for it.’ He said, ‘Oh my gosh, we should do a candlelight vigil.’”

On Sunday, mourners flocked to the Arby’s parking lot adjacent to the Taco Bell location after discovering the scene of the fire was still closed off, with some of them taking part in a processional.

I can report the youths are at it at a Taco Bell vigil in Montgomery pic.twitter.com/K11dsZrhsc

My heart goes out to the people of Montgomery during these tough times.