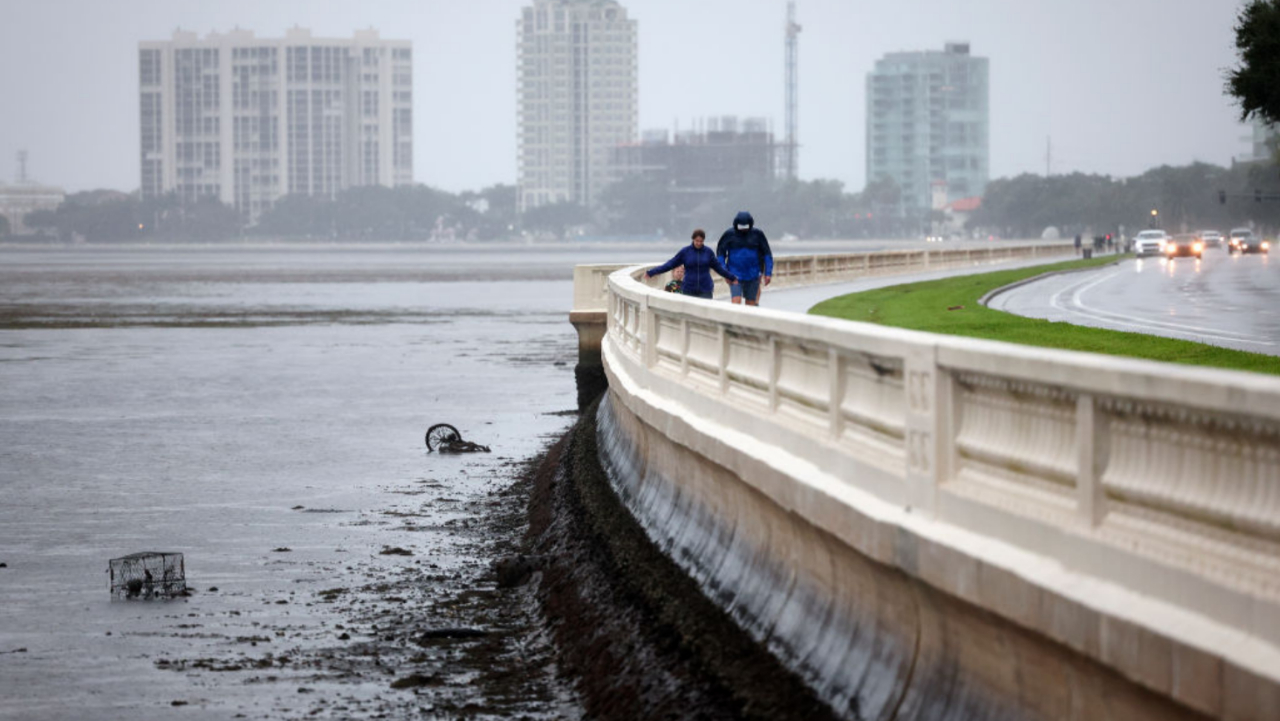 Water in Tampa Bay began to recede on Wednesday due to a reverse storm surge before the arrival of Hurricane Ian.

Tampa’s famous Bayshore Blvd. was sucked dry due to the phenomenon.

According to the National Hurricane Center, the phenomenon is the opposite if storm surge:

“Storm surge is where strong winds are pushing the water towards the shore. But you can imagine that same force is pushing water away from the shoreline. If the wind is blowing offshore, it blows water away from land.”

Here are some the wild videos of Bayshore Blvd before the arrival of the storm.

We’re on Bayshore Blvd in Tampa & #HurricaneIan has sucked some water out of the bay @abcactionnews pic.twitter.com/K8e0hUcl0q

Video from Matt Tilman of Bayshore Blvd in Tampa. The bay being sucked out. #hurricaneian #ian pic.twitter.com/F54Lv1r5KV

What Bayshore Blvd. in Tampa looks like right now vs. what it usually looks like on a sunny day #HurricaneIan pic.twitter.com/mnAKthCef3

Longtime Tampa residents were shocked to see the state of Bayshore Blvd.

When there’s not an impending Cat 5 hurricane en route, Bayshore Blvd is where you can walk or jog along the water and spot dolphins playing in the bay.

I don’t think I’ve ever seen it look like this. #hurricaneian https://t.co/B5p0cwhY3F

The Florida Division of Emergency Management issued a warning stating that people should not walk in the empty bay because The water will return through a storm surge and it will be life-threatening.

🚨 STOP: Do not walk out into receding water in Tampa Bay or Charlotte Harbor – the water WILL return through storm surge and poses a life-threatening risk.

Some didn’t heed the warning and still walked into the dry bay.

You probably shouldn’t do this, but it’s so hard to resist! A few brave would venture out onto Hillsborough Bay after #HurricaneIan causes “reverse storm surge” ⁦@TB_Times⁩ pic.twitter.com/W5cNHXdGTA