Tasty Tune Tuesday 2/2: The Eleventh Edition Will Soothe Your Soul With Silky Sounds 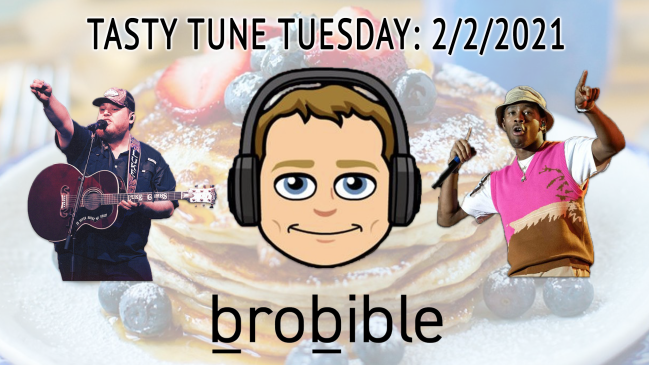 Can you believe it’s already February? With six more weeks of winter, new music is important to keeping the spirits high! On the third day of every week, I’ll drop ten songs that tickle my eardrums. Variety of tracks will range from hip hop/rap, EDM, country, singer/songwriter, Americana, R&B and everything in between— something for everyone depending on what I’m jamming that week.

This collection of songs is all about hitting hard while staying silky. Here’s the tracklist:

Track No. 2: Only The Bravest (Live) – Jack Garratt

This song is good on the album, but it’s even better live. Jack Garratt’s powerful, yet quivering voice can shine through with only a piano to accompany him.

Every rap is pretty much the same these days when it comes to the “top-chart” music. That’s the case here. It’s nothing unique, but it’s super bouncy.

On the flipside, Kipp Stone is very different than most of what plays on the radio. His unique sound joins forces with Mick Jenkins to weave bars with enough passion to turn head. The two go really hard over a hypnotic boom-bap instrumental and paint vivid pictures with their powerful lyrics.

DJ Dahi gave Brent Faiyaz the perfect backdrop to sing and rap over. His soulful vocals are at the forefront and Tyler The Creator comes in on the third verse with a perfect contrast. It’s nice to have Wolf back dropping bars, especially after IGOR was so different.

Formed initially as the backing vocalists for Ike and Tina Turner Revue, the Ikettes became successful artists in their own right. This is a favorite of mine and it popped up in Ozark the other day (I just finished the third season and wow), which brought it back to my radar. The “gong” part is so awesome.

Bilingual heavyweight Bo Bundy goes fully in Spanish on this one. He brings a more mellow feel to a vibey track, and the chorus is super catchy.

If you’ve heard of T Star before this track, good on you. He comes hot out of the gates here and doesn’t stop spitting over a soulful sample and snappy drums. Big K.R.I.T. hops on with his vibrant, southern flow. Shoutout to the Dirty ‘Sip.

Well, well, well… look who is back on this list. Al lays down another great beat that is just complicated enough to hold its own, but simple enough to let the lyricists do what they do best. Boldy James has a Freddie Gibbs-esque tone and Vince Staples is the perfect complimentary contrast.