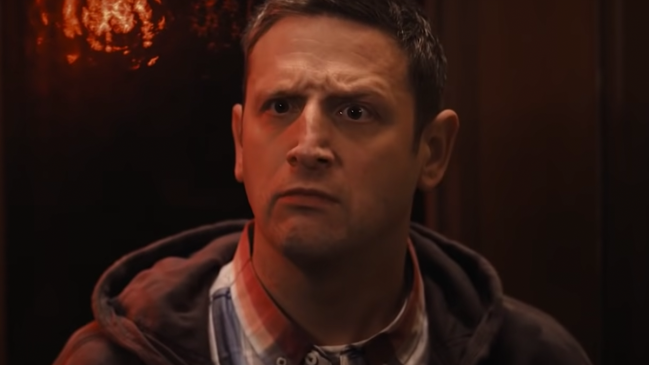 If horror movies have taught me anything, it’s that ghosts can resort to a wide variety of strategies when it comes to making a life a living hell for anyone unfortunate to reside in a house they haunt. However, all of those methods are usually designed to achieve the same end goal: scaring the crap out of anyone unfortunate enough to live there.

You could argue that’s technically the case with the restless spirit(s) at the center of a story that recently surfaced in Texas, although I can’t recall any film that’s revolved around a ghost that’s harnessed the particular approach a landlord in Gainesville says she and people she’s rented to have been subjected to.

According to WFAA, Linda Hill and her husband purchased the home in question on Denton Street a while back in order to rent it out. Unfortunately, the landlords found themselves scratching their heads after it transformed into a “revolving door” of tenants—including one who informed her it may be haunted.

Hill says she was skeptical until she took a shower and heard a “dark figure” behind the curtain she assumed was her husband utter the words ” “Lookin’ good!” before discovering he was actually in another room at the time. She also said she’s heard recordings captured by other people where the alleged ghosts (or ghosts) say things like “Oh baby, oh baby, yeah” and “Yeah, I like it like that” (locals say the building was once used as a brothel).

Things get even eerier when you consider the living room is home to a plexiglass cube that encases a well beneath the house, and some people that have visited the domicile (which Hill now only rents out to paranormal investigators) have speculated if could be some sort of spiritual portal.

Had to cut it from the story for time, but it’s a literal well.

Built on the original property. Living room built over it decades later. Current owners have encased it in this plexiglass container. Water is fresh and tasty, they say.

The story went viral for fairly obvious reasons—and it was met with a flood of equally obvious jokes courtesy of fans of a particular Netflix show.

If you’ve spent more than ten minutes on the internet, there’s a very good chance you’ve come across a GIF or a clip from I Think You Should Leave, the masterclass in absurdist comedy starring Saturday Night Live alum and Detroiters co-creator Tim Robinson.

The second season of the sketch show features an installment revolving around a guy who takes the “adult” aspect of an “adult tour” of a haunted house a bit too far, which results in a very awkward experience for everyone involved.

As a result, it was only natural that WFAA was flooded with references to the sketch after the story went viral on Twitter.

There were also some who opted to reference the episode of Nathan For You where the show’s mastermind attempted to help a realtor turn her business around by hiring psychics to make sure the homes she sold weren’t haunted before putting them on the market.