Texas Woman Lays It All On The Line, Jumps On Hood Of Moving Car To Save A Stolen Bulldog 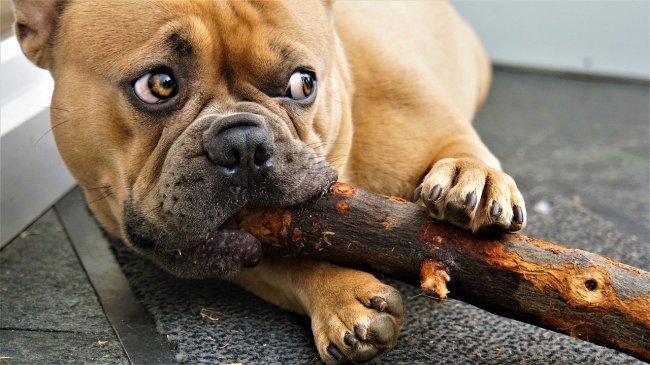 A wild chain of events that started with the theft of a bulldog led to a woman clinging for her life to the hood of a speeding car. Alize James was working at Bully Kamp in Harris County, Texas when she was approached by a couple who were looking to purchase a $10,000 bulldog. James said when she went upstairs to grab paperwork for a UPS driver the couple took off with the bulldog.

Rather than wait for local law enforcement to arrive, James decided to take actions into her own hands and chase after the couple who were attempting to drive away with the dog. She told KPRC that the puppy had surgery just days prior and was in need of special medication.

That’s when things took a turn for the worse and James said the couple hit her with their car when she demanded the puppy back. James explained that the man was driving the vehicle and when he “very aggressively” lurched the car forward in her direction the bumper “kind of like slapped me on top of the car.”

SHOCKING video footage captured the moment a woman clung to the hood of a speeding car in an attempt to stop thieves from taking off with a $10,000 puppy.
Alize James, the heroic pet store employee, works at Bully Kamp, a store in Harris County, Texas, that sells exotic bulldog pic.twitter.com/UG0xHTSNzr

KPRC reported that James was on the hood of the car for roughly 10 minutes as the man drove recklessly around the Houston area.

I’ve got to say, I don’t think I have ever seen an employee lay it all out on the line the way James did here. Could you imagine trying to hang on to the hood of a car for 10 straight minutes? I don’t think I could physically last 30 seconds, whether I was trying to save my dog or not. That is a wild 10 minute ride and If this woman’s employer doesn’t give her a hefty raise, I would be shocked.