Thandiwe Newton On Her Character’s Fate In ‘Star Wars’: “Are You F–ing Joking?” 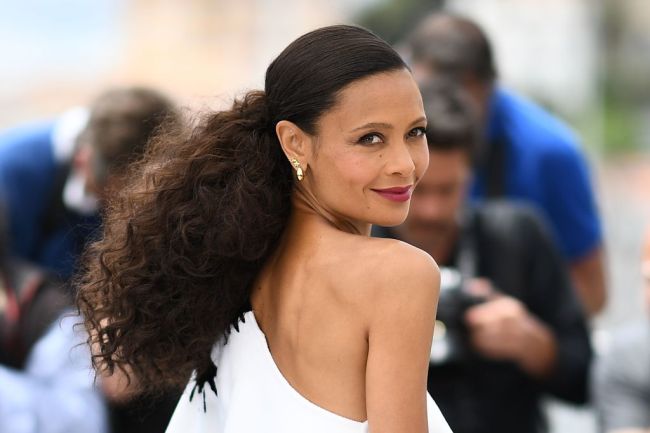 Thandiwe Newton has BBAE: Big Badass Energy. She just seems like a woman who takes absolutely zero shit and I love it. A couple of months ago — or maybe it was last year, I don’t know, I’m sure I’m not alone in saying I have zero concept of time anymore –she was like, “Oh, by the way, my name is actually spelt Thandiwe and not Thandie, so that’s what we’re going with now.” Done and dusted. Maybe it’s the characters she’s played that’s made me feel this way: Maeve in Westworld, Christine Thayer in Crash, Linda in The Pursuit of Happyness, Nyah Nordoff-Hall in Mission: Impossible 2, etc, etc. The list goes on.

One of those badass roles — Val in Solo: A Star Wars Story — also happened to be a historic one, as Newton became the first black woman to have a major role in a Star Wars film. Because of that fact, though, Newton is apparently none too pleased with her character’s fate.

“I felt disappointed by Star Wars that my character was killed. And, actually, in the script, she wasn’t killed. It happened during filming. And it was much more just to do with the time we had to do the scenes,” Newton told Inverse.

“It’s much easier just to have me die than it is to have me fall into a vacuum of space so I can come back sometime. That’s what it originally was: that the explosion and she falls out and you don’t know where she’s gone. So I could have come back at some point. But when we came to filming, as far as I was concerned and was aware, when it came to filming that scene, it was too huge a set-piece to create, so they just had me blow up and I’m done.”

“But I remembered at the time thinking, ‘This is a big, big mistake’ — not because of me, not because I wanted to come back. You don’t kill off the first Black woman to ever have a real role in a Star Wars movie. Like, are you f—ing joking?”

Hearing that Val’s fate was changed on the fly isn’t all that surprising as Solo: A Star Wars Story famously went through some production issues. Originally set to be helmed by 21 Jump Street filmmakers Phil Lord and Chris Miller, but the pair were fired in June 2017 due to “creative differences” with Lucasfilm and were replaced by Ron Howard.

All that said, while Newton is certainly right about her character, the film was likely doomed either way as it grossed “just” $393 million worldwide, making it the first-ever Star Wars film to be considered a box office bomb.

As for Newton, you can now see her in Lisa Joy’s Reminiscence alongside Hugh Jackman, which is currently on HBO Max.

INTERVIEW: ‘Reminiscence’ Director Lisa Joy On The Dangers Of Memory, The Legendary Anthony Hopkins, And ‘Fallout’