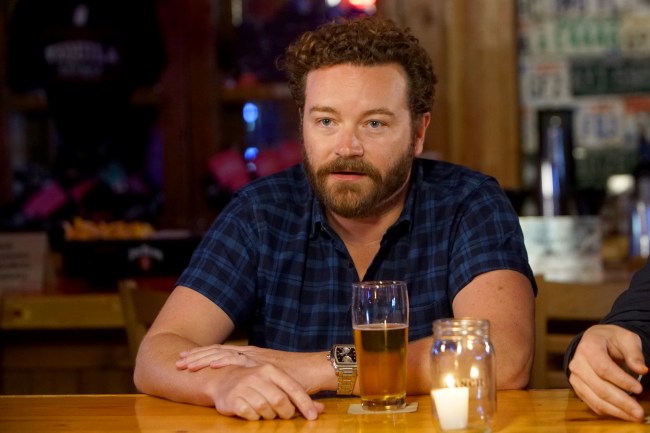 Actor Danny Masterson, who was made famous for his role in “That ’70s Show”, has been officially charged with forcibly raping three women in separate incidents in his Hollywood Hills home and is facing 45 years in prison if convicted.

Masterson, 44, was charged with three counts of rape, and faces up to 45 years in prison if convicted. He was arrested by the LAPD Robbery-Homicide Division on Wednesday morning, and was released in the afternoon on $3.3 million bail.

Masterson’s lawyer immediately released a statement and has denied all charges against his client.

“Mr. Masterson is innocent, and we’re confident that he will be exonerated when all the evidence finally comes to light and witnesses have the opportunity to testify,” Mesereau said. “Obviously, Mr. Masterson and his wife are in complete shock considering that these nearly 20-year old allegations are suddenly resulting in charges being filed, but they and their family are comforted knowing that ultimately the truth will come out. The people who know Mr. Masterson know his character and know the allegations to be false.”

Masterson has been under investigation by the LAPD for nearly three years and was recently dropped by the Netflix series “The Ranch” in December 2017 around the same time the Harvey Weinstein accusations began to pop up.

Masterson is currently out on bail after posting a $3.3 million bond.

3. The evidence I'm aware of in this case is extensive and damning.

It took the LAPD and DA a while to get this done because there were so many layers of evidence and Scientology didn't make it easy.

The women who have accused Danny have been through absolute hell.

1. BREAKING: Actor and Scientologist Danny Masterson has been charged with forcibly raping three women by the LA District Attorney.

Read my first story from 2017 about the allegations. https://t.co/2rggzXy92l