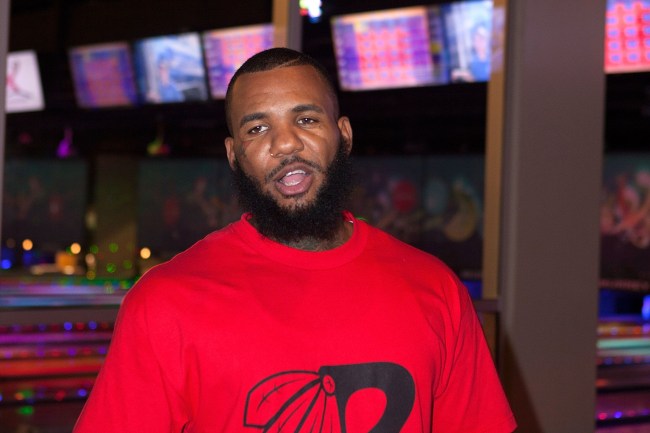 Kanye West is not going to be happy when he hears The Game’s new song.

A few months ago Kanye went on an insane rant blasting Nick Cannon for implying that Drake may have slept with his wife Kim Kardashian.

Kanye would later call out Drake for not denying the rumor about having slept with Kim.

The fact that people are making rumors or thinking that you fucked my wife and you not saying nothing and you carrying like that, that don’t sit well with my spirit.

During an album listening event last night, rapper The Game debuted a new song where he brags about Kanye’s wife, Kim, giving him oral sex.

The Game raps about Kim Kardashian on his new album #BornToRap 👀👀

"I held Kim Kardashian by her throat, ni**a
I made her swallow my kids until she choked, ni**a
I should apologize, 'cause Ye my folks, ni**a" pic.twitter.com/gI3h2GJmHu

If Kanye was upset about people following Kim Kardashian, wait until he hears this.

The Game in 2019: “I held Kim Kardashian by her throat…I made her swallow my kids until she choked”

That man is a lame.

The Game gets no points for going at Kanye West……..ain't nothing thorough about what he said. At the end of the day Kanye West once upon a time helped that man put money in his pocket now you gonna disrespect his wife? 50 Cent was right about him…….

The Game is a bum ass for dissing Kanye West like that. Smh