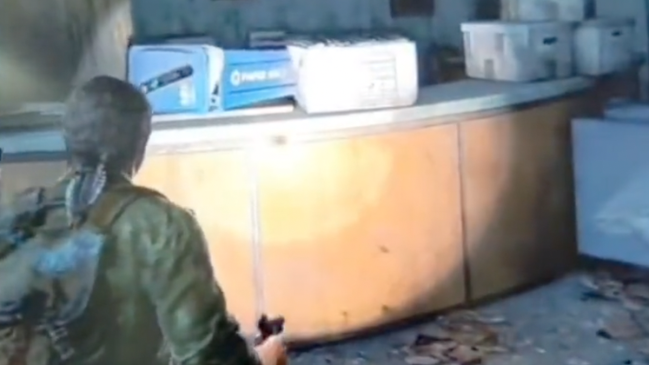 It’s been close to a decade since The Last of Us was released on the PS3—a title that generated a ton of critical acclaim thanks to the incredibly emotional story it was able to weave against the gritty postapocalyptic backdrop at the foundation of a game that tasks players with using the relatively scarce resources at their disposal to survive heart-pounding encounters with mutated creatures known as the “Infected” (and some of the arguably more monstrous humans they encounter over the course of the journey).

A major reason The Last of Us (and the sequel that was released in 2020) was so well-received was the impressive attention to detail the folks at Naughty Dog paid while constructing the world you explore. It may be a decidedly somber experience, but it’s still punctuated by some moments of levity and plenty of reprieves from its inherent bleakness courtesy of the many easter eggs the designers were able to sneak in.

Earlier this month, the original game received a major facelift in the form of The Last of Us Part I, a remake for the PS5 featuring overhauled graphics and updated controls. That release gave plenty of fans an excuse to take control of Joel and Ellie yet again—including one person who spotted what appears to be a reference to an incredibly beloved television series.

Over the weekend, a TikTok user posted a clip of themselves exploring a room inside a building in the Pittsburgh level where they pointed out the uncanny similarities it appears to share with the office from The Office.

The layout of the room is suspiciously similar to the main area Dunder Mifflin employees in Scranton called home, as it features a conference room next to the private office that was home to Michael Scott in addition to a recreation of Pam’s reception desk and the black couch in the reception area.

There’s also a pile of furniture serving as a barricade, although Dwight’s desk appears to be untouched (which resulted in plenty of people speculating he was appropriately the only worker who survived the initial series of events).

Is there a chance it’s just a coincidence? Perhaps, but when you consider the game also contains a poster for a Justin Bieber-inspired musician named Michael Scott, it’s hard to imagine this was an accident.