‘The Mandalorian’ Ep. 8 Review: This Is The Way For The Future Of ‘Star Wars’ 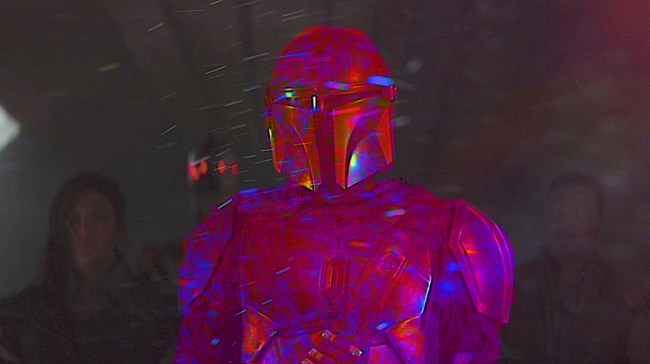 Regardless of whether you adore, despise, or are indifferent about the latest trilogy of Star Wars films, it’s almost impossible to deny that the newest entries into the Skywalker Saga lack a certain sense of cohesion.

Without getting into the spoilery details of the recently released The Rise of Skywalker, the inclusion of Palpatine — which wasn’t even a surprise, as his resurrection was teased in the film’s marketing — was haphazard at best. Not even remotely hinted at in The Force Awakens or The Last Jedi, Palpatine’s inclusion as the film’s dramatic fulcrum was so poorly planned that his reveal comes in The Rise of Skywalker‘s opening crawl.

Which is why it’s so jarring to see the efficiency and foresight of The Mandalorian, which — with its thrilling season finale — cemented itself as one of the premier pieces of Star Wars content to be released since the original trilogy.

Almost as if the two projects are being helmed by entirely different entities, where the Skywalker Saga sequel trilogy found itself muddled in the expectations of its history and the pressure of pleasing their fans, The Mandalorian seems so utterly confident in its own ideas that the result is a first season that has been thoroughly enthralling from pilot to finale. As the Mandalorian creed goes, this is the way.

That notion is optimized in the episode’s opening, as the finale’s first 20 or so minutes — particularly the tongue-in-cheek conversation between the two Baby Yoda-capturing Storm Troopers and IG-11’s subsequent rescuing of the Child — that is as peak Star Wars as I’ve seen during my lifetime due to its deft combination of exhilarating action, laugh-out-loud humor, and heart-string-pulling storytelling.

Given how inherently divisive the sequel trilogy has been, it makes The Mandalorian‘s commitment to its vision all the more impressive, and the fruits of those labors are rewarded in breathtaking and hair-raising moments such as IG-11’s ambush of Moff Gideon’s troops.

And, man, IG-11 — just wow. After spending most of the first season on the sidelines, Taika Waititi’s reprogrammed IG unit stole the show in the season finale, as he not only proves to be a force to be reckoned with but is responsible for delivering some of the episode’s most emotionally resonant moments.

Now, this is not to say that Chapter 8, “Redemption”, is entirely perfect, as there are a handful of incidents of deus ex machina and clunky dialogue. Regardless, when all of the story’s other beats — action, emotion, humor, suspense, etc — are working at such a high level, some of the finer machinations and storytelling mishaps can be overlooked.

Take the pub-set battle scene, which provides the exact type of awe-inspiring moment — when Mando busts out and starts whoopin’ ass, chills — that made the Star Wars franchise so universally beloved in the first place. Counterbalance that stirring heroism with Giancarlo Esposito’s predictably and legitimately menacing Moff Gideon and you have Star Wars operating at the peak of its powers.

In fact, that’s how you know that this episode of The Mandalorian was wall-to-wall quality of the highest order, as we haven’t even mentioned Baby fuckin’ Yoda yet, who, once again, became both increasingly adorable yet powerful. While Disney could have simply made Baby Yoda a toy-selling device, they’ve steadily found ways to make the precious green creature progressively integral to the larger Star Wars universe, and therefore, The Mandalorian itself.

With the way that “Redemption” set up the future seasons of the series — which will see Din Djarin, decreed as Baby Yoda’s pseudo-father by the Mandalorian code, travel the galaxy in an effort to find the Child’s people — The Mandalorian has established itself as the future of Star Wars as we know it.

For all of The Rise of Skywalker‘s disorder and aimlessness, The Mandalorian is the complete opposite, as arcs that were teased and established at the beginning of the series — Moff Gideon’s arrival, Mando’s initial distrust and eventual acceptance of droids, IG-11’s reprogrammed protective protocols and self-destructing mechanism, Baby Yoda’s rising Force sensitivity, etc, etc, etc — were masterfully paid off by the end.

Where The Rise of Skywalker attempted to pay-off its story through fan-service, endless MacGuffins, and downright retcon, The Mandalorian delivered through careful plotting, assured direction, and a lovingly crafted and adhered to vision.

If you were unsettled or apprehensive about the future of Star Wars following the franchise’s recent disappointments, fear no more, because when it comes to the future of the galaxy far, far away, this — The Mandalorian — is the way.