Our Biggest Questions Heading Into Season 2 Of ‘The Mandalorian’ 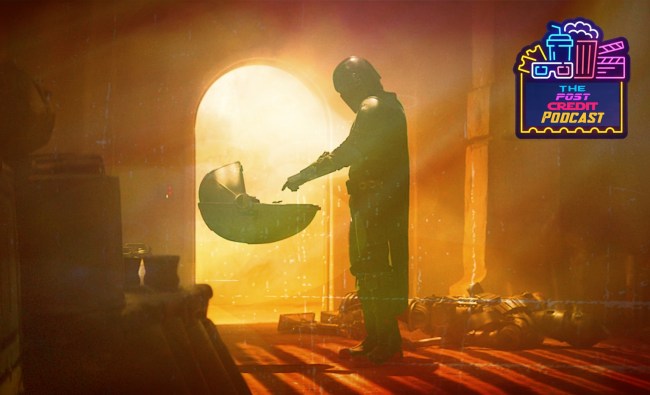 With the return of The Mandalorian right around the corner, The Post-Credit Podcast dove into a massive in-depth preview of the highly-anticipated second season with Skyler Shuler, the Editor-in-Chief of The DisInsider, so make sure to tune in to the latest episode if you want more Mando S2 coverage and content.

We asked @TheDisInsider EIC @SkylerShuler for a bold claim about season two of #TheMandalorian and he did not disappoint.

Our Mando S2 expectations, predictions and more, on this week’s @PostCredPod🍿

Are they going to give Baby Yoda a name?

The driving force of season’s two plot appears to be — based on clues pieced together from the trailers — Mando’s hunt for other Mandalorians, who will then help him in his quest to find The Child’s people. Now, while I don’t believe we’re going to be running into Yoda’s cousin or landing on his ancestral planet anytime soon, I do think that Mando is going to have the basic decency to give the poor little fella a real name.

How many OTHER famous characters are going to appear?

Rosario Dawson is already confirmed to appear as Ahsako Tano, as is Timothy Olyphant as Cobb Vanth. There’s also rumors of a Boba Fett appearance, while Sasha Banks is set to star as Sabine Wren. On this week’s podcast, DisInsider EIC Skyler Shuler also said he wouldn’t be surprised if we saw a famous Jedi, potentially Obi-Wan, in the form of a Force Ghost.

While expanding and exploring Star Wars lore and its many characters will always be welcome, The Mandalorian needs to tread lightly and be sure to avoid becoming an overstuffed, YouTube-inspired highlight-reel of fan-service moments. This show is at its best when it’s focusing on Mando and Baby Yoda.

Will this season be more serialized?

The weakest point of season one is Chapters 4 – 6, which are also, notably, the episodes that diverge from the main, Baby Yoda-centric plot and instead feel like adventures-of-the-week. Conversely, the first three episodes of the series, along with the final two episodes of season one, represent the portion of the season that got this series nominated for Outstanding Drama Series at the Emmys, as they balance the sci-fi flair of Star Wars with the engaging drama in the central quest of Baby Yoda and Mando. As I said in the previous section, this series is most effective when it’s developing its two main characters, both in terms of filling in where they came from (and in the case of Mando, who he was) and where their destinies now lie.

What does Moff Gideon want with The Child?

Outside of The Child’s origins, this is perhaps the central conflict of the show: not only is the Empire aware of Baby Yoda’s existence, but they’re desperate to obtain him, and yet audiences still have no idea why. Thus far, Baby Yoda is only the third of his kind to appear across the franchise, as George Lucas has been famously

Does the helmet stay on during sex?

Kidding but not really. During the Chapter 6 episode “The Prisoner”, it’s insinuated that Mando and that pink Majin Buu-lookin’ lady used to bump Beskar, which begs the question of whether or not the helmet stays on during sex. As Mando says to IG-11 in the season one finale, “no living thing” has seen his face since he took the creed of a Mandalorian. I suppose it speaks to the intrinsic swag of Din Djarin that he can convince a woman to sleep with him despite the fact that foreplay is one-way-street from the moment they meet.