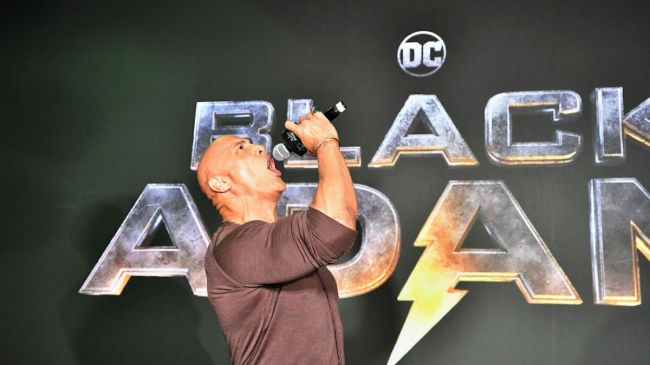 Likely daydreaming my way through whatever Sunday evening reality TV my girlfriend had commandeered the television for, my wandering mind — perhaps subconsciously preparing for my upcoming interview with The Rock — found itself marveling at how far the superhero genre has come over the course of my lifetime, which eventually led down the mental rabbit hole of pondering the genre’s greatest entries, particularly my (and many others) favorite: The Dark Knight.

And then — similar to Tommy Lee Jones’ Ed Bell in No Country for Old Men dream inspired-revelation that he’s older than his father ever was — I realized that at 29 years old, I’m now and forever will be older than the late, great Heath Ledger, who helped cement the comic book genre as a force to be reckoned with for the immediate past and the foreseeable future. One could only imagine where his career might have taken him from there, Academy Award for Best Supporting Actor and all.

Sans the likes of Robert Downey Jr. and Ben Affleck, most actors, similar to the legendary Ledger, begin their superhero movie journey in their late 20s and early 30s, likely with the intention of playing the often tights-wearing role while they remain in their physical prime. Even Chris Evans, Captain America himself, tapped out before his 40th birthday (for now, at least).

And that, ultimately, is what makes Dwayne Johnson’s Black Adam journey beginning at the age of 50 so conversely compelling, particularly amidst the neverending monotony of today’s comic book movie complex: a man who spent an entire career shattering norms and expectations is not only proving he’ll do it again, but this time around, it’s finally in the ring of Hollywood’s most lucrative playground.

Ever since the aforementioned Dark Knight — and Iron Man, of course — Tinsletown has reoriented its entire orbit around the gravitational pull of comic book movies and their billion-dollar box office potential. Simultaneously, the wrestler formerly known as The Rock established himself as perhaps the medium’s most powerful player. It was only a matter of time, then, before the two would coalesce for Black Adam, a film 15 years in the making.

Speaking to the beloved former wrestler and current global movie star ahead of the film’s release, BroBible’s Post-Credit Podcast chatted with The Rock about improving a stalling superhero genre, saving the DCEU, and characters he wants to introduce into the franchise now that he’s got his hands on the wheel.

***WARNING: this interview includes spoilers for Black Adam but said spoilers also come directly from The Rock himself, so perhaps they aren’t spoilers at all.***

The Rock: Dude, thank you. Thank you for that amazing intro, I really appreciate it.

Eric Italiano: Absolutely. I want to start with your career as a whole. Given the multifaceted career you’ve built, you’re clearly someone that’s always looking to improve, so I imagine that factored into your thinking when taking on Black Adam and the superhero genre in general. So I’m curious: what do you think needs improving in the superhero movie genre and how does Black Adam try to do that?

The Rock: “Well I think the superhero genre… I felt with ‘Black Adam’, I just didn’t want to make a superhero/supervillain/anti-hero movie that will come — and hopefully people like it — and then it will go. I wanted to create ‘Black Adam; in hopes that it would help shift and bring in a new era of the DC Universe. It’s a universe that I love, I grew up on it, I was a DC boy growing up. Saturday morning cartoons were the Superfriends for me. I saw my first ‘Black Adam’ comic when I was eight years old. He was badass, he looked intense, he had cool colors, he had brown skin, and I thought, ‘Man, I can really relate to him. I want to be him.’ And I love Superman and Green Lantern, they were my favorite growing up.

I wanted to take ‘Black Adam’ and not only introduce a new era in the DC Universe but also introduce other characters. And if you look just a little bit past the Justice League, and you go into the DC bible, you’ve got the JSA sitting there, and they are some cool, complex, badass characters for the fans to love. So we introduced five new characters in ‘Black Adam’.”

What needs to be improved in the superhero genre

The Rock: And ultimately, what I do believe… I don’t want to say the superhero genre, I’d rather say what’s been missing from DC, in my opinion, is fresh characters, new blood, but also, just as important, what’s been missing is leadership who listens to the fans. And gives the fans what they want and what they’re so passionate about.

Because when you get millions and millions of fans who are passionate and want something and just want to be heard, and then they’re completely ignored for years and years, not only does that piss me off — because I came from a world of pro wrestling, I wrestled in front of 40,000 people to 100,000 people, and the key as The Rock was to always listen to the fans because they were going to guide me.

So the same thing applies here to the superhero genre, to DC: listen to the fans. So that’s what Black Adam represents: new era, new characters, listen to the fans. And if our goal at Seven Bucks Productions is to build out the DC Universe, you cannot build out the DC Universe without Superman. Superman must be in place and he must be brought back. And now you build. 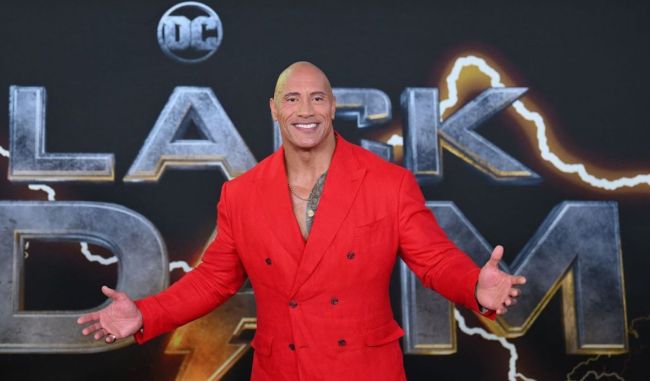 Bringing Henry Cavill’s Superman back into the fold

Eric Italiano: You’ve fielded endless questions about crossing over with Superman, so I’ll spare you. What I am curious about, though, is if there are any DC villains — already existing in the DCEU or otherwise — that you’d like to see Black Adam lay the smackdown on one day.

The Rock: Man, again, open the bible. Open the DC bible and it’s all right there. They are all right there. And now we’re in a great position where not only have we opened the DC bible and cracked that sucker open, pulled out five new characters — JSA, Black Adam — and Easter Eggs in ‘Black Adam’ of human beings that aren’t superheroes (yet), so they’re all there. A lot of talk has been made of, ‘Is there going to be a Superman vs. Black Adam movie?’. That could be cool, but for me, that’s just the easy thing. That’s just a moment. We want to create a longtime storytelling culture with DC.

Crossing over with DC characters other than Superman

The Rock: “All of them, in our opinion, cross over. That’s why we acknowledge the Justice League in ‘Black Adam’. And that’s why we fought very hard to get the end-credits sequence put in there with Superman and Henry Cavill. So, that’s my way of going around specifically who we have in mind. By the way, that’s the fun: you and I are smiling right now and laughing — that’s what this should be. That’s what this is. We’re DC. I love Marvel, and I respect those guys, and they’re my friends, but we don’t want to be Marvel. We want to be DC and we want to blaze our own path, and by doing that, this is where we break out the DC bible and tell stories.”

Eric Italiano: I’ve been screaming that Man of Steel is fantastic for ten years, so thank you for that. I’ve got to wrap here and I just want to say that I usually end these by touting the person’s work, but for you, sir, I just want to say thank you for being a genuine hero of mine. When I told my Mom I was going to speak to you, she dug through her many archives and pulled out — I’m not quite sure what this is — but it’s my face superimposed on your body as the Scorpion King. I’ve been with you since The Scorpion King and I will be with you wherever you go from here, so thank you so much.

The Rock: Dude, I really appreciate that, thank you so much. I’m so happy we got this done and I’m so happy you loved ‘Black Adam’.

Eric Italiano: It was awesome. And you kicked ass and I can’t wait to see who comes next, man.