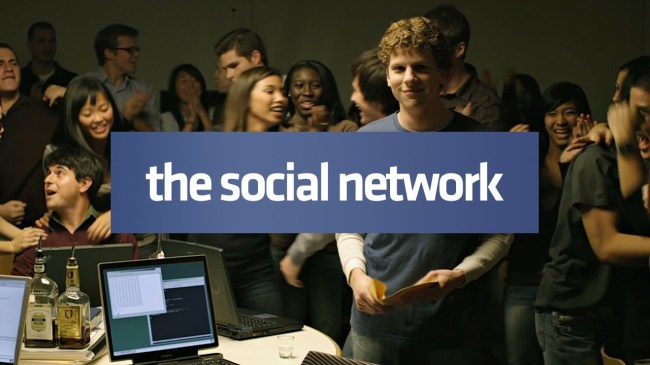 For my money’s worth, The Social Network is one of the best movies of the 21st century so far. In fact, the film losing Best Picture to The King’s Speech  is one of the great Academy Award injustices of all time. Don’t get me wrong, I actually like The King’s Speech  quite a bit — especially considering that I, myself, occasionally stutter — but it simply pales in comparison to the excellence of The Social Network.

What’s fascinating about The Social Network, though, is the company that the film is about, Facebook, has become something entirely different, and far more malevolent, in the last decade. As a result, fans of the film have been calling on the original creative team — writer Aaron Sorkin and director David Fincher — to reteam for a sequel that tracks Facebook transformation from a social media app to a society-and-history-altering propaganda machine.

Sorkin, who’s currently promoting the release of his new film Being the Ricardos, has heard the calls for a sequel and has finally weighed in on its potential. And while it’s not quite a “It’s happening”, it’s certainly far more promising than I would have ever imagined.

“Do you still want to make that movie [a sequel to The Social Network]?” The Hollywood Reporter asked Sorkin.

“Well, I don’t want to make news here. I think what has been going on with Facebook these last few years is a story very much worth telling, and there is a way to tell it as a follow up to The Social Network, and that’s as much as I know,” the 60-year-old Oscar winner said.

The Social Network is currently streaming on Hulu and Amazon Prime Video.