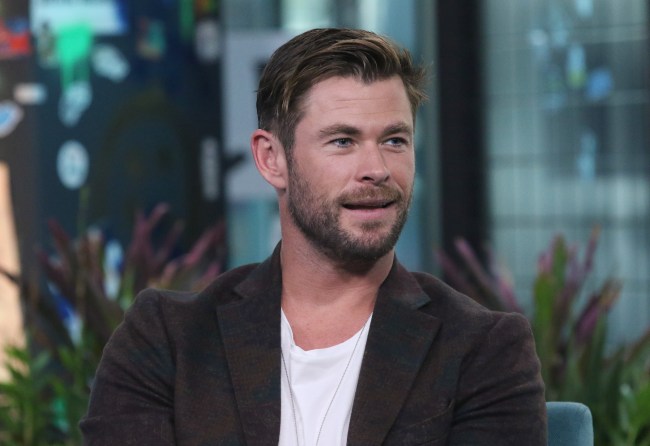 Thor’s Chris Hemsworth is set to play the lead in Netflix’s Hulk Hogan biopic that will feature the life and times of the WWE legend and it seems like the MCU superstar is up to the task.

During a recent interview, Hemsworth stated that he’s going to have to massively bulk up to accurately portray the muscular Hogan who often bragged about his 24-inch pythons on wrestling broadcasts.

“This movie is going to be a really fun project,” he said. “As you can imagine, the preparation for the role will be insanely physical. I will have to put on more size than I ever have before, even more than I put on for Thor. There is the accent as well as the physicality and the attitude.”

“I will also have to do a deep dive into the rabbit hole of the wrestling world, which I’m really looking forward to doing,”

Hemsworth has been putting in the work and in a recent Instagram pic you can see how huge he’s gotten.

Even Helmworth’s MCU co-star Chris Pratt had to tell him to chill out with the training. 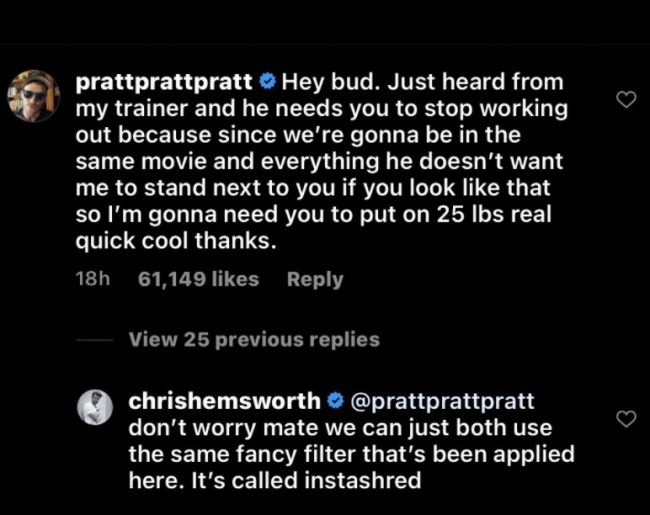