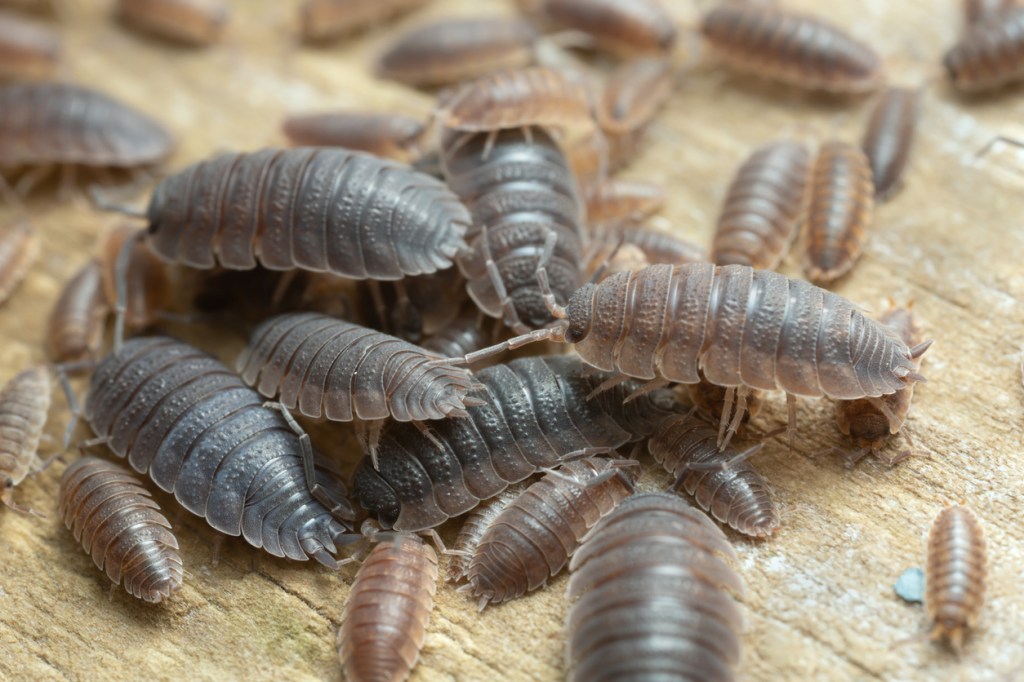 If you are the type of person who gets easily skeeved out by insects, you might want to leave now. But then again, you made the conscious decision to click this article and read this content so you came here for a reason. Just know that there’s a video below that shows tens of thousands of roly polies and it’s not something you see every day.

Let me start by saying what we call Roly Polies or Pill Bugs here in the United States are part of the Armadillidiidae family of woodlice. Down under in Australia, they call them Slater Bugs. Elsewhere they’re known as Potato Bugs and Doodle Bugs.

Just like armadillos, roly polies are able to roll their bodies up into a ball in a process known as conglobation. As kids, we used to catch these all the time just to watch them roll up into balls and then let them go. Never, ever, EVER have I seen this many in one place. There are so many of these Slater Bugs here moving across the Australian Outback it literally appears as if the ground is shifting. Check it out.

Wendy Sheehan is the Australian photographer who captured this surreal footage that’s now going to live in my dreams forever. Here’s what her caption says on Instagram:

Barcoo Swagmen on the move this morning. I don’t know if it’s as a result of the 5mm we had last night, or in anticipation of rain coming…..or some completely unrelated bug reason. They are terrestrial crustaceans, can roll themselves up into a ball and have many common names, including pill bugs, wood lice, slaters, potato bugs…… My chooks love eating them if they get the chance, but I’ve never seen anything eating them when they are out in the open and on the move like this.

I had to look this up on Google, but she mentions her ‘chooks’ love eating roly polies. ‘Chooks’ is Australian slang for ‘Chicken’ for anyone out there (like me) who wasn’t aware. I also had to look up ‘Barcoo Swagmen’. Barcoo refers to “Far outback (Barcoo R. region of western Queensland)” and swagmen/swagman refers to a ‘vagabond’.

This has happened before!

It’s still unclear why so many roly polies showed up on her property but it wasn’t the first time. The same wildlife photographer posted this to her Instagram account back in 2020:

My brain is telling me they’re small, they pose no threat, they are just living their lives. Yet my skin is still crawling every time I click play on these videos of roly polies swarming the Australian Outback…