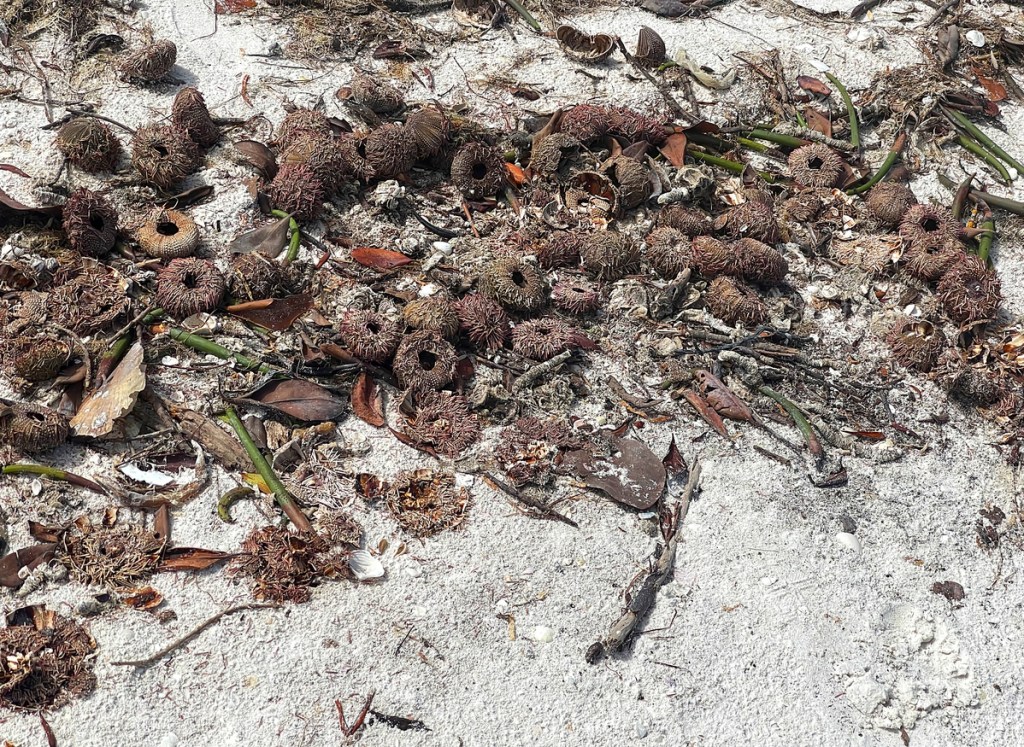 If you want to plan a day at the beach in Florida specifically to find seashells then watch the weather. Wait for a large front to come through that arrives with a powerful storm and you’ll find more seashells than you could’ve ever imagined. There’s also a chance you will find live sea urchins and other creatures on the beach as well.

Florida recently got pounded by extreme weather with tornadoes spotted throughout Southwest Florida as a front of severe storms moved across the state. This pushed all sorts of seashells up onto the beaches along with thousands and thousands of peculiar-looking sea urchins and other creatures.

Sea urchins aren’t a rare sight in Florida but to see them in numbers like this is unheard of. I’m a born and raised Floridian and I’ve never seen anything like this in my life.

Thousands And Thousands Of Sea Urchins Wash Up On Florida Beach

It’s not crazy to see a clump of 20-30 of those sea urchins but to see an endless line of thousands and thousands of them is truly astonishing.

This footage was shot on Madeira Beach near John’s Pass. That’s more or less St. Petersburg for anyone out there who doesn’t know the geography of greater Tampa Bay.

Moments like this where thousands of creatures appear on a beach typically only happen after a hurricane. That really is the best possible time to go look for seashells or sand dollars.

The Best Time To Find Florida Seashells And Urchins? After A Hurricane

I know that it’s not exactly practical to plan a vacation for immediately after a hurricane. But it is certainly something to consider if you are in the region.