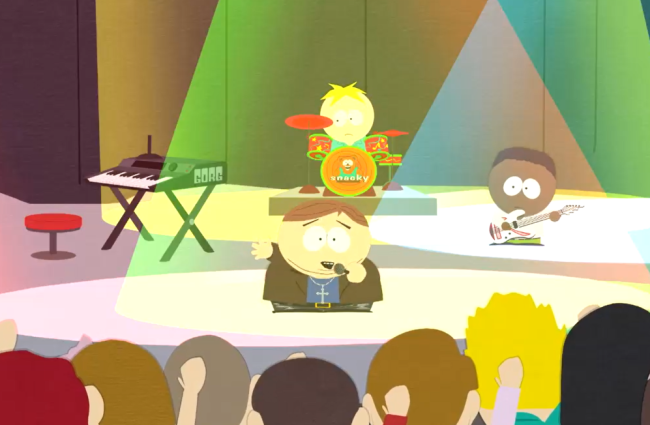 Eric Cartman has flaunted his singing skills on South Park in several episodes, including when he was the frontman for his own Christian rock band Faith +1, when he sang the Elvis Presley tune “In the Ghetto,” and Lady Gaga’s “Pokerface.” But one talented musician wanted Cartman to sing other songs, and brought the South Park character to life on TikTok.

Fernando Ufret is a guitarist and singer who also happens to do an amazing impression of Eric Cartman. He combined his musical talents with his incredible South Park impression to make some truly delightful TikTok videos.

Ufret performed spot-on impersonations of Cartman singing popular songs such as Red Hot Chilli Peppers’ “Otherside,” Green Day’s “Good Riddance (Time Of Your Life),” and Linkin Park’s “In the End.” There are even South Park-influenced cover songs of Madonna’s “Material Girl,” “Dust in the Wind” by Kansas, the theme song to “Friends,” “Pure Imagination” from “Willy Wonka and the Chocolate Factory,” and the Kenny Loggins smash hit “Danger Zone” from the “Top Gun” soundtrack.

He does these impersonations, I swear, you’d think it was the real people.

Ufret actually has a tremendous singing voice when he isn’t pretending to be a cartoon character. The singer covers “Lovely Day” by the late great Bill Withers, “Amazing” by Aerosmith, “Djobi Djoba” by Gipsy Kings, and “Times Like These” by the Foo Fighters.