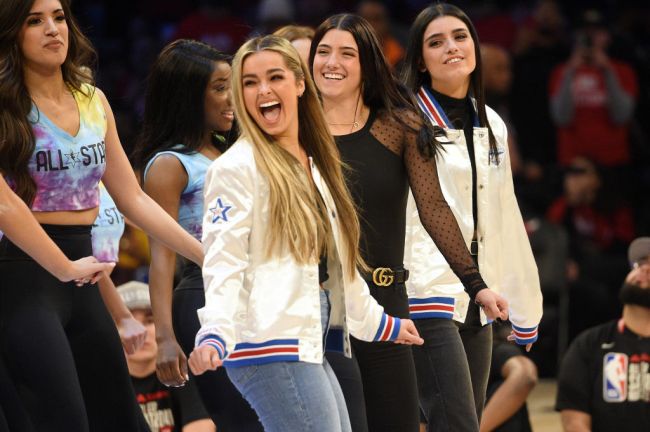 Social media superstar Charli D’Amelio achieved a milestone this week when she became the first creator to command 100 million followers on TikTok. D’Amelio notched the historic mark despite experiencing a major hiccup last week when she lost subscribers over a controversial dinner. Charli D’Amelio, who is only 16-years-old, became the most popular TikToker and one of the highest-paid stars on the massively popular video platform. D’Amelio, who only started posting videos on TikTok in May 2019, is twice as popular as Will Smith on TikTok, and three times as big as Dwayne “The Rock” Johnson. In fact, only two other TikTok creators have surpassed 50 million followers. The next closest is teen dancer Addison Rae Easterling, who currently has over 68 million followers. What were you doing when you were 16?

Congrats @charlidamelio, the first @tiktok_us creator to reach 100M followers! We're so proud of everything you've accomplished, what you've contributed to the TikTok community, and how you're continuing to use your platform to give back. https://t.co/yRMbPKftdZ pic.twitter.com/rx5nyHU3Yu

D’Amelio notched the record amount of followers only days after she was lambasted for a paella dinner gone wrong and lost thousands of followers. In a recent “Dinner With the D’Amelios” video, the family’s personal chef cooked a Spanish delicacy, but it was not well-received. Personal chef Aaron May cooked up a Spanish staple of paella, which included the ingredients of shrimp, chicken, and escargot – AKA snails. May pointed out that snails “bring good luck and good fortune,” according to The Wrap.

The family – sister Dixie, mother Heidi, and father Marc – dined on the entree that originated from Valencia, but the snails did not sit well with Dixie. With one bite of the paella, Dixie gags, and is so disgusted by the dish that she leaves the table and continues to dry heave outside. She asks Chef May, “You have a child, what do you think is going to happen?”

Charli refused to even taste the delicious meal, and instead ate a dinner of “dino nuggets.”

Many online rabble-rousers criticized Charli for wasting the food, which sent the viral star into a tizzy, and she questioned if the social media dominance was worth it.

“Seeing how people reacted to this, I don’t know if I even want to do this anymore,” Charli stated as she broke down. “This is messed up stuff that people are saying. People telling me to hang myself. People blatantly disrespecting that I’m still a human being, that is not okay at all.”

On Thursday, Charli rebounded and said she would “be back posting normal content with a smile on my face!”

“At the end of the day I know I am a good person with a good heart and I will never change that about myself,” D’Amelio said. “I love you all!!”

tomorrow i will be back posting normal content with a smile on my face! at the end of the day i know i am a good person with a good heart and i will never change that about myself. i love you all!! 💕

According to Forbes, Charli D’Amelio earned $4 million off TikTok in 2019, making her the second-highest TikTok earner after Addison Rae Easterling, who made $5 million