Stop It, TikTok, There Is No Such Thing As ‘A Chick-fil-A Hack’ 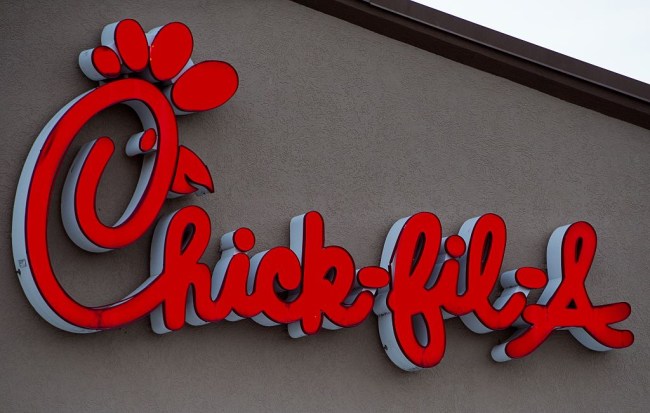 I can’t express it enough, whether you like it or not, TikTok is the most addicting app out there. If you think it’s just for kids you are wrong, yesterday I spent an hour watching bbq pitmasters slow roast brisket and had zero regrets about it. It sounds absurd, but something about watching a guy smoke meat is a very peaceful thing to me. However, there is one thing on the app that I won’t stand for, the new ‘Chick-fil-A hack‘ trend going on.

People have taken to TikTok to show different ways around the art of eating a Chick-fil-A mean, and I’m not okay with that. Folks, there is no secret to the beauty of Chick-fil-A, you just have to take it for what it is. One of the oldest sayings out there rings true when it comes to something like this, if it ain’t broke, don’t fix it. And I can assure you there is NOTHING broke, about a Chick-fil-A sandwich. I see TikTokers out there taking their sandwich, mixing three different sauces in the bag, and throwing the sandwich back in there. It makes me cringe, can’t we just enjoy the greatness of this franchise without trying to make it even better?

Sorry for the language but nothing gets me more upset than tik tokers trying to tell me how to eat my chic fil a sandwich and the best “chic fil a” hacks. You know the drill.. if it ain’t broke, don’t fix it. Yet I’m SHOCKED they forgot my waffle fries, just can’t happen.

Did somebody ever go up to Reggie Miller in his career and try and change his shooting form? Lord, I hope not, let kings stay inkgs and don’t try and hack your way to its throne. That’s all I have for the day boys and girls, enjoy your Chick-fil-a the way it’s supposed to be enjoyed.