‘Worst First Date Ever’ Ends In Woman Being Scammed Into Buying 100 Crunchy Tacos: ‘You Will Never Hear From Me Again’ 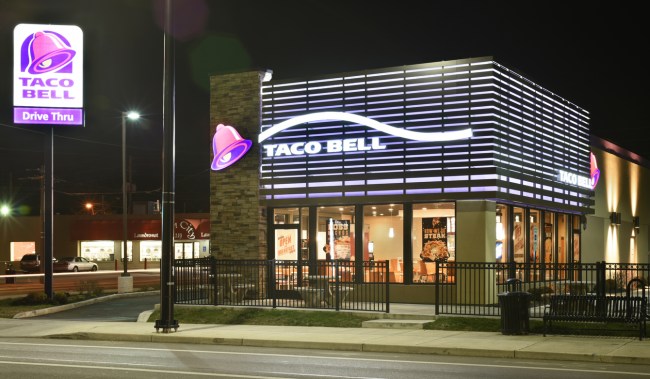 There are many people who want to wine and dine prospective paramours. Apparently, there are some people who want to use the first date to get some food – a lot of food. A woman revealed her “worst first date ever” experience in a viral TikTok video, and it involved buying 100 crunchy tacos for a guy with who she will never have a relationship.

Elyse Myers is a TikTok personality with nearly 800,000 followers, but she went viral talking about her “worst first date ever.” The woman found out that guys literally only want one thing, and it’s f***ing delicious.

“What’s the worst first date I’ve ever been on? I’m so glad you asked,” Meyers said in the video. “This man messages me out of the blue and goes, ‘I like your face, let’s go get some food.'”

Somehow, the invitation was accepted by Meyers, and she admitted that she drove 45 minutes to meet him at his house.

“Should I have just left him right there and gone home? Yes. Did I? Absolutely not,” she pondered.

The guy gave her step-by-step directions to the local Taco Bell.

The couple drove up to the Taco Bell drive-thru and he ordered an ungodly amount of hard shell tacos.

She recalls, “We get to the window and he starts patting his body and I was like, ‘Did you forget your wallet?'”

“Ok, this is happening. I’m committed to this now, it’s happening,” the TikTok user declared. “The hoops I [was] teleporting through to convince myself that this decision I made is okay [was] wild.”

The man – who lived with his father – took the Taco Bell bags into the house, dumped the 100 crunchy tacos on the table, and yelled, “Let’s feast!”

“We were eating hard shell tacos in complete silence,” she remembered. “You could hear both of us chewing. It was absolute chaos.”

The dad joined in on the Taco Bell feast.

Meyers couldn’t take it any longer, and proclaimed, “Thank you for this experience. You will never hear from me again.”

She left the Taco Bell bonanza, but took some parting gifts. She said that she took 94 tacos. Meyers said she hasn’t been to Taco Bell ever since her worst first date.

I haven’t been to a @tacobell since. #coffeetalk #theadhdway #firstdatefail #tacobell

Elyse Myers did a follow-up video to answer questions about her worst first date ever.

When questioned about actually purchasing 100 crunchy tacos, she responded, “I probably would have bought 1,000 if he ordered them. If you say you would do something different, you’re either lying or you’re not a woman who has met somebody online for the first time.”

She estimates that the Taco Bell staff took 15 minutes to make the 100 hard shell tacos, but she admitted that “it felt like an eternity” because he talked about his ex-girlfriend the entire time.