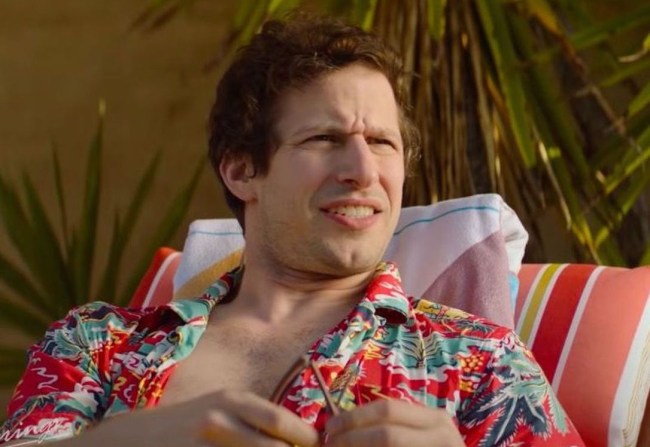 Like many people, I gave in to the hype and watched Palm Springs last weekend. I also watched Greyhound, but that movie hasn’t really grabbed hold of popular culture in the same way even though it has World War II, U-boats, inclement weather, and Tom Hanks. What more do people want?

After watching Palm Springs, there was one main aspect that I just couldn’t stop thinking about.

Yup, that’s the one.

Would I like being in a time loop? Would I absolutely despise it?  Would I get used to it? If so, how long would that take? If I were in one of those infinite time loop situations. would I be okay with it being in Palm Springs or would I want to pick some other location? What would that location be? How would I even narrow it down to just one? Does location even matter?

The scorching weather has given me yet another reason to avoid going outside this year, so I figured I’d put some of my time cooped up to good use and take a closer look at the upsides and downsides of finding yourself in Andy Samberg’s shoes.

Theoretically speaking, you could do anything you wanted knowing that once the day ends, that particular loop ends. Part of what holds us back from doing a lot of things in life is the looming specter of consequences, but in a time loop, those consequences aren’t really a factor.

There are no consequences! None!

Well, I guess that’s not entirely true in the Palm Springs universe, as it’s made clear that if you do something that results in you getting rushed to the hospital for some reason, you’ll spend more time than usual in that particular loop dealing with the repercussions before the reset button gets hit.

Aside from that, you are free and clear to do literally anything you want because literally nothing matters!

This could definitely start to become a drag after a while and it seems like you’ll be delaying the inevitable moment where you adopt a pretty nihilistic view of the looped life you’re living.

Hey, do you think that’s why Andy Samberg’s character is named Nyles? Because he’s somewhat of a nihilist? Maybe, right? After all, Nyles is an odd choice for a character name—so odd that it feels like it was picked for a reason. Could that reason be that it gives us a hint about his worldview?

Living a life that involves doing and saying things that literally don’t matter one bit would really require you to carve out a different approach; a real laissez-faire attitude. I’m honestly not sure I could pull that off.

It’s not because I need to feel like everything I do matters but I like to think at least some of my actions have at least a little bit of an impact on the world. Like, a handful of them. That’s it. But without those, it could be a tough hang.

Pro: The joy of living in the moment

This is something I would think a lot of people struggle with (myself included). In recent years, I’ve made a conscious effort to try and be more present, which is the product of spending way too many years regretting and overanalyzing my past actions and getting far too inside my head while thinking about what life had in store.

I always felt as if I had one foot in the past and one in the future, leaving me unable to ground myself in the present. It was not a good way to live.

Living in the moment would become the only option in regards to figuring out how to live. That sounds pretty good to me (not to mention pretty easy).

On the other hand, living entirely in the moment kind of robs you of any legitimate desire to do anything that would alter your present situation. As a result, your motivation levels would likely be dangerously low—assuming the tank isn’t totally empty.

This is definitely something you have to consider. You might occasionally feel a tiny urge to do something productive with your time but it wouldn’t be the kind of motivation to write home about. Instead of being motivated to change your situation in life and get a new job, get married, or start watching soccer more, you’d be motivated to get drunk before noon. That’s not exactly the same thing.

At a certain point, the temptation to say “Screw it” and just drink beers on a pizza float in the hotel pool all day could easily become too great to pass up. Sure, you’d technically be pursuing a goal if you set out to regularly top your personal record for Most Brews Crushed with each new loop but I don’t think “motivation” would be the best way to describe what’s driving you.

Saying “Screw it” isn’t always a bad thing, but if you’re not living in a time loop, this mentality exposes you to the risks that come with adopting a mindset that makes you prone to ending up in regrettable situations you could’ve easily avoided if you weren’t so reckless.

But in this case, you are living in a time loop, and as a result, there’s no harm in routinely saying “Screw it” when none of your actions have any consequences whatsoever. What’s the downside?

Want to eat ice cream all day? Screw it. Want to see how many Coors Lights it takes to get blackout drunk? Screw it (but you may also want to say “Screw it” to that idea because it cannot be done). Want to partake in questionable sexual encounters? Literally and figuratively screw it. Want to fly a plane despite having no aviation experience?  See what pineapple on a pizza tastes like? How long you can hold your breath underwater? Take a crack at fighting a grizzly bear? Screw it.

Go ahead and live like there’s no tomorrow because there is literally no tomorrow.

In theory, living like there’s no tomorrow should provide you with a pretty exciting life. However, if you’re doing it because, again, there is literally no tomorrow, how exciting would it really be? At that point, it’s less of a thrill-seeking lifestyle and more just, well, life.

I could see how being stuck in a time loop could get pretty boring and stale, especially if you’re stuck in a place like Palm Springs. It’s not totally off the beaten path but it’s also really the most exciting area compared to what else is out there.

If you’re trying to kill upwards of twenty hours a day, your options are pretty limited. Hell, even if they weren’t and Palm Springs was the most exciting place on Earth, the distractions at your disposal are bound to get old after a while if you’re doing them for an endless amount of days regardless of how many you have to choose from.

Yes, you want to say “Screw it” and live life to the fullest but you’re eventually going to reach a point where there’s nothing left to live for. You’d just be going all out for the sake of doing it while trying to stave off insanity. That doesn’t sound fun.

You know, you could pull off some pretty sweet pranks if you had the upper hand on everyone around you, which you would because you’ve lived the same day so many times that you have the advantage of knowing where your unsuspecting victims will be and what they’re doing at all times.

After an infinite amount of time, however, those pranks could get kind of old. Damn. I guess that’s not as much of a pro as I thought.

Con: A lack of meaningful relationships

If romantic comedies have taught me anything, it’s that there’s more to life than just one-night stands and meaningless sex. You need companionship, man. You can’t go through life all by yourself. Well, you can, but having someone riding shotgun with you certainly helps.

Flying solo in a time loop doesn’t sound appealing at all. You’d want to have someone living the same bizarre life as you to commiserate with. You’d want someone to have inside jokes with (and you would have so many). You’d want someone to be with when you just don’t feel like faking it anymore, allowing you to take a break from pretending that you’re just a totally normal person as opposed to someone who is stuck in the same day for eternity.

I’m sure you could get through by your lonesome for a while, but at a certain point, that lack of companionship would become a major buzzkill.

Maybe one day is Backwards Day and another day is…never mind. My mind is made up. If I’ve already run of ideas, there is absolutely no way I’d be able to endure a time loop.

I don’t think you typically have much say when it comes to entering one in the first place, but if presented with the option, I’m giving it a hard pass.